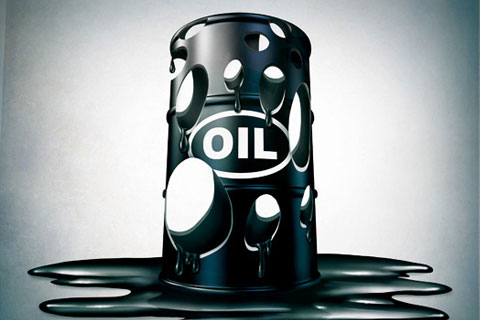 (Beijing) – Government auditors are taking a closer look at US$ 10 billion worth of offshore oil investments by state-run China Petroleum & Chemical Corp. (Sinopec) that owe their existence to a Hong Kong businessman with a flair for networking in the southern African nation of Angola.

The National Audit Office completed its review of Sinopec's ongoing, seven-year project to develop five sub-sea oil drilling blocks in July, but a source close to Sinopec says auditors have extended their review while probing the project's links to a businessman named Sam Pa.

"The audit of the Angola projects will continue," the source who declined to be named said.

Auditors decided to dig deeper after finding that Sinopec International Exploration and Production Corp. (SIPC), Sinopec's overseas investment arm, spent more than US$ 10 billion on stakes in the five blocks from 2008 to June 1. A major cause for concern has been that these offshore sites have yet to yield any significant amount oil. Neither have they generated revenue for the Chinese company.

In fact, according to the auditors, the fruitless search for oil in the blocks has cost Sinopec at least US$ 1.6 billion.

The audit found Sinopec has been pouring money into the unsuccessful project on the basis of an exaggerated estimate of oil reserves. A feasibility study estimated that three blocks purchased in 2008 contained potential reserves of 2.6 billion barrels. But the auditor's calculation, which took risk factors into account, concluded that the reserves total only 1.1 billion barrels.

The audit also found that in 2008 SIPC paid US$ 1.87 billion for a stake worth only US$ 933 million and sections in three of the five blocks that Pa owned.

That the Chinese oil giant would agree to finance Pa's roughly US$ 1 billion stake may have raised a red flag for the auditors. Yet the financing was not unusual in the context of Pa's history of business relations with Sinopec and Angola's state oil concern Sonangol Group.

These ventures laid the groundwork for Sinopec to win control of an especially productive offshore oilfield called Block 18. And it was Block 18's success – as a moneymaker for Sinopec and as the first Chinese-controlled drilling site off the Angolan coast – that apparently gave Sinopec the confidence to solidify relations with Pa and invest heavily in Angola.

As Angola's biggest oil and gas producer, Sonangol is by far the largest partner in the CSH venture, but Pa holds a 70 percent stake. Moreover, the venture was established by Pa along with his wife Veronica Fung and business partner Lo Fong-hung.

According to a Pa family acquaintance who asked not to be named, the businessman was young when he moved to Hong Kong. Pa is a citizen of Angola and Britain. Business registration documents show he uses several aliases, including Samo Hui, Sam King and Ghiu Ka Leung. He's known as a convincing speaker, fluent in English and Mandarin.

Pa apparently made good money by lubricating major business deals as a go-between for Chinese companies seeking deals in developing countries such as Angola, Venezuela, Madagascar and Zimbabwe. His dealings with Sinopec proved personally lucrative as well, said one source.

"He's risk-taker," said the family acquaintance. "He was said to have participated in the civil war in Angola, where he established connections with high-level officials."

Pa set the stage for Sinopec's initial foray into Angola in 2003 at a time when Chinese energy companies were pushing hard to win overseas business. That same year, Pa and Lo got involved in the African oil and minerals trades, selling those resources to clients in China.

People familiar with the matter said the two business partners knew little about the oil business but had friends in high places in Africa and China. Their friends included government and business leaders in both countries who could help them cut deals.

A major opportunity for Pa opened up in July 2003 when the oil giant Royal Dutch Shell decided to sell its 50 percent stake in Block 18. An Indian-Japanese oil consortium submitted the winning bid, beating China's state-owned China National Offshore Oil Corp., among others.

The deal was supposed to close in early 2004. But in May that year, Pa stepped in and successfully up-ended the Block 18 sale to slide it into Sinopec's lap.

He facilitated an arrangement for state-backed Sonangol to buy the stake first from Shell and then resell it to Sinopec, reversing the consortium's victory. In February 2005, Shell closed the deal with Sinopec at a formal contract signing in Luanda, the Angolan capital, attended by China's vice premier at the time, Zeng Peiyan.

Shell sold the stake for US$ 864 million to SSI and CSH, with Sinopec putting up the money for the half controlled by its venture with Sonangol, as well as the money that CSH used to buy its stake. Sinopec agreed to invest an additional US$ 2 billion in Block 18 with money borrowed from banks. SSI paid a US$ 1.4 billion chunk of the Sinopec debt in 2006 via loans issued by 13 Chinese and foreign banks.

Pa promised to pay off CSH's debt to Sinopec with future income from the project, said sources close to the deal. "Through these arrangements, Sinopec bore all investment and operating costs while Pa controlled half the stakes," said one oil industry source.

The deal for Block 18 secured the transfer of existing oil production to Sinopec. But the new blocks the company decided to invest in were all in the early stages of exploration, said a Sinopec executive who asked not to be named.

Portions of stakes in these blocks were bought by CSI, another venture between Pa and Sonangol, from the Angolan government. CSI then sold half of its stakes to SOOGL between 2008 and 2009.

Meanwhile, Pa and CSI continued to take advantage of their good relations with Sinopec and Angolan leaders.

For their support, Sinopec paid commissions and covered the daily expenses of Pa and other CSI executives. A source with knowledge of the mater said that in 2008 Sinopec gave Pa a credit card with a HK$ 1 million monthly cap, allowing him to spend a combined HK$ 58 million before the account was closed early this year.

Back in 2009, Sinopec hired CSI as a consultant, paying US$ 51 million to arrange all the paperwork for the five oil block deals. CSI's services included securing various licenses and approvals from the Angolan government.

Sinopec continued working closely with Pa even after the businessman undercut the oil company in a 2009 deal for an offshore oil stake linked to the French oil company Total SA.

In a repeat of his 2003 maneuvering, Pa had Sonangol reject Total's sale of a 5 percent oil block stake to Sinopec and have it transferred to CSI. Pa then pushed Sinopec to CSI and paid US$ 786 million for the stake that otherwise would have cost the Chinese company US$ 393 million.

"Sinopec has to go through Pa for every deal in Angola," said a source close to Sinopec. "But it has to share its stakes with Pa and Sonangol."

The Block 18 deal, meanwhile, has proven to be an enormous success. By 2011, Sinopec had recouped its investments. And by the end 2014, it has earned nearly US$ 2.6 billion from the project. Su Shulin, Sinopec's general manager between 2007 and 2011, once call Block 18 "Sinopec's best overseas asset."

Block 18's success and what used to be high prices for global oil encouraged Sinopec to pursue the five additional blocks with Pa between 2008 and 2013. To date, though, drilling has yielded only a minimal amount of oil from two blocks and none from the rest.

In addition to finding a zero return on a US$ 10 billion investment, sources said, auditors examining the five-block investment found evidence of exaggerated reserves and violations in decision-making procedures.

As of the end of last year, three of the five blocks had banked a net loss of US$ 1.6 billion, the auditor said. Since then, Sinopec has asked SIPC to stop new investments into the blocks and seek to exit the money-losing projects. But the company cannot get out without first getting a green light from its partners, Pa and Sonangol.

Over the past year, global oil prices have plunged from the US$ 100 range that a barrel commanded. As a result, several oil industry experts said that Chinese oil companies could see their overseas assets shrink in value. And Sinopec's five unproductive blocks in Angola are at the top of that list.

"These oilfields have no profit now, and neither will they in the future," said a source close to SSI who asked to remain anonymous. "Even when calculated at an oil price of US$ 100 per barrel, these five projects are still not profitable."

Of the five blocks "it's almost certain that the three blocks will lose money due to the reserve situation," said a source close the Sinopec's Angola projects. "Although two blocks have production, they are running losses based on current oil prices."

"Sinopec bears much higher risks than it should," said an oil industry source. "These investments are likely to become Sinopec's most painful lesson overseas."