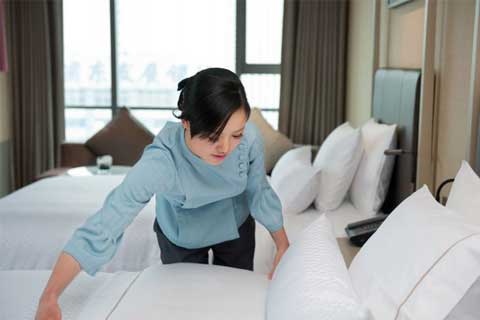 (Beijing) – The services sector of the economy grew robustly in July, with the Caixin China Purchasing Managers' Index hitting 53.8 points – the highest figure in 11 months.

The Caixin China Services PMI for June was 51.8 points. A PMI reading above 50 signifies growth, and one below that indicates contraction.

Service providers continued to add workers, as the employment sub-index improved over the figure for June. Many companies surveyed by information provider Markit said they hired more workers because they were expecting business to pick up.

The average cost of inputs rose faster than in June but by less than the historical average.

The Caixin China Composite PMI, which covers both manufacturing and services, was 50.2, down from June's 50.6 points. This pointed to the weakest expansion of the country's business activities in 14 months.

This was mainly caused by weakness in manufacturing. The final Caixin China Manufacturing PMI for July was 47.8 points, a 15-month low.

Weighed down by the manufacturing sector, total new orders rose only marginally in July by the lowest growth rate in 15 months, and overall employment declined for the second straight month.

The government's service sector PMI category was 52.8 points, up 0.5 points from that in the previous month.