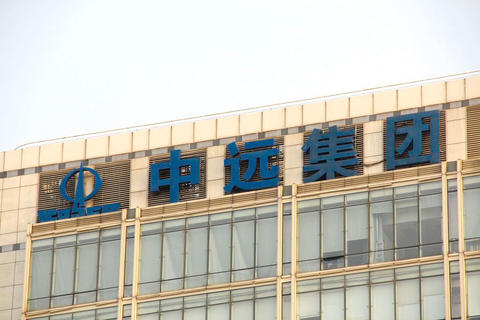 (Shanghai) – The listed subsidiaries of two major state-owned shipping companies saw their shares suspended on news of a possible merger.

A share trading halt on the subsidiaries of China Ocean Shipping Co. (COSCO Group) and China Shipping Co. came into effect on August 10, according to announcements by the listed subsidiaries.

The central government urged the two companies to draft a preliminary merger plan within three months starting from August, said an executive from COSCO Group.

A five-member working group will be set up for mulling the merger plan, said the executive. Three members will be appointed from China Shipping, with the other two from COSCO Group; China Shipping chairman Xu Lirong will head the team, the executive said.

The executive said that because the two companies have businesses in many sectors such as shipping, logistics and trading, their merger is expected to be more difficult than that of the recent China CNR Corp. Ltd. and CSR Corp. Ltd. which became China Railway Rolling Stock Corp. Ltd. in June.

The COSCO Group executive said the two companies have discussed the possibility of making container transportation businesses into one listed company.

A merger between the two companies could contribute bigger economies of scale to compete with foreign companies, said Jiang Ming, an analyst from Essence Securities.

The central government issued a plan in 2006 to cut the number of state-owned companies it controlled from 161 to around 80 to 100 as of the end of 2010. The mergers of the shipping companies were part of the plan.

Discussions of a merger between COSCO Group and China Shipping appeared in 2010 because the two companies have overlapping sectors, said Jiang.

In February 2014, COSCO Group and China Shipping signed strategic agreements to cooperate in many fields such as investment, transportation and ship maintenance.

Market rumors of their merger earlier this year forced their listed subsidiaries to state on April 17 they did not receive orders from government authorities on the merger.