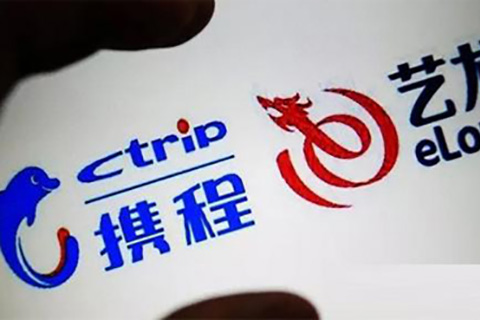 Qunar.com Information Technology Co. Ltd. said August 7 that it had filed a complaint with the Ministry of Commerce's Anti-Monopoly Bureau, asking regulators to investigate Ctrip.com International Ltd. for the May acquisition of a 36.36 percent stake in Elong Incorporation by its wholly owned unit C-Travel International Ltd.

Qunar argued that Ctrip and Elong violated China's anti-monopoly law by failing to file a request for a market concentration review by the Anti-Monopoly Bureau of Ministry of Commerce before closing the deal.

Ctrip responded with an August 7 statement denying any unlawful conduct and emphasizing its status as minority, not majority, stakeholder in Elong.

The Anti-Monopoly Bureau said it had received Qunar's complaint but had yet to decide how to respond.C-Travel and three other companies each bought a percentage of a controlling, 62.4 percent stake in Elong from Expedia Asia Pacific-Alpha, Ltd., a wholly owned subsidiary of the Bellevue, Wash.,-based travel agency Expedia.

C-Travel paid US$ 400 million for its more than one-third stake in the company which, under its shareholder rules, entitles Ctrip to nearly half of the seats on the Elong board of directors.

Qunar said it decided to file the complaint after Ctrip allegedly pressured hotel operators in several regions including the cities of Shanghai and Chongqing, and the provinces of Yunnan and Hainan, by urging them not to cooperate with Qunar or offer Qunar customers the kinds of discounts that Ctrip customers enjoy.

For instance, Qunar claimed Ctrip staffers promised prominent positions on Ctrip's online search results to the operators of a hotel in the Sichuan city of Chengdu if they would stop cooperating with Qunar.

Another Chengdu hotel that refused to sign an exclusivity deal with Ctrip was allegedly punished by the travel agency by means of artificially low search rankings, Qunar said. Ctrip also moved an unfavorable, three-year-old review of the hotel to the top of the review list and moved good reviews to the bottom, Qunar said.

The dispute is just the latest antitrust spat among Internet-reliant companies in China.

Another Baidu-owned concern, car-hire specialist Yidao Yongche, filed a complaint with the anti-monopoly bureau in February over the merger of its competitors Didi Dache and Kuaidi Dache. The complaint said the pair broke the law by failing to file a market concentration review, which means the deal should be ruled invalid and the companies fined.

he commerce ministry says companies in business sectors with few players and who plan to merge should first file such a request with regulators if at least two parties each report at least 400 million yuan in revenues in the previous year, and if their combined revenues for the previous year exceeded 2 billion yuan.

Neither company reported how much of that money came from sales in China. But Qunar claimed China sales accounted for about 80 percent of the revenues each reported by Ctrip and Elong.

Qunar lawyer Jiang Liyong said it's difficult to prove that a company has a monopoly in China without obtaining and analyzing China-market sales figures.