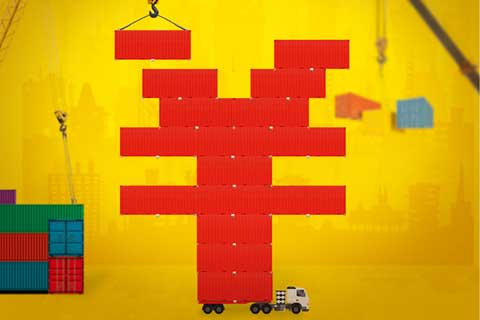 (Beijing) – Boosting exports, controlling outbound capital flow and supporting the Chinese currency's bid for Special Drawing Rights (SDR) status are just some of the reasons cited by analysts for the yuan's unexpected devaluation in mid-August.

The yuan lost about 3 percent of its value against the U.S. dollar between August 11 and 13, roiling global equity markets and stoking fears that China had pushed a trade war button.

Yet according to the People's Bank of China, the bottom-line reason for the dramatic adjustment – which began with a 2 percent plunge August 11, the biggest one-day exchange rate decline for the yuan in 20 years – was to move the nation's currency closer to full market control.

A central bank statement released after the first day of devaluation said the adjustment had coincided with the introduction of a new system for determining the so-called central parity rate, which the bank sets daily through its affiliated China Foreign Exchange Trade System. The system, in place since 2005, lets the yuan's value rise or fall within 2 percent of a bank-set benchmark. The benchmark is based on a basket of major currencies.

Under the latest rate-setting tweak, the bank said, the closing price of the yuan every workday on the spot market would be taken into account when setting the following day's opening central parity rate. The daily currency values would thus better reflect the market-driven development of yuan-dollar exchange rates, as well as the exchange rates of other major currencies and supply-demand conditions on the global forex market, the bank said.

It was one of the biggest adjustments since July 2005, when the central bank stopped directly setting the daily yuan-dollar exchange rate every day and introduced a rate-setting mechanism based on a basket of foreign currencies and a trading band. Since then, the bank has intermittently widened the band to today's 2 percent. It was originally 0.3 percent.

The central parity system is designed to reflect market conditions because the rate tracks what happened on the previous day during global forex trading. Yet inconsistencies are not uncommon, said an analyst who asked not to be named, and "over the past decade" the gap between central parity and global market rates has widened.

The central bank called the August 11 devaluation a one-time event tied to that day's rate-setting system adjustment. It also said the steep decline corrected what had been an ever-widening gap between the central parity rate and the value of the yuan on the global forex market.

The International Monetary Fund (IMF) applauded the bank's initiative. "The new mechanism for determining the central parity of the (yuan) announced by (China's central bank) appears a welcome step as it should allow market forces to have a greater role in determining the exchange rate," an IMF spokesperson said. "Greater exchange rate flexibility is important for China as it strives to give market-forces a decisive role in the economy and is rapidly integrating into global financial markets."

A variety of analysts have also voiced support. Sun Xiaofan, chief economist at Beijing Devega Investment Consulting Co., said the move enhanced the market's role "more than ever." And Huang Yiping, an economics professor at Peking University's National School of Development, praised the bank for "letting market factors play a bigger role, along with the basket of other currencies" in setting the yuan's value.

Explaining the government's reasoning was Zhu Baoliang, director of the economic forecast department at the State Information Center (SIC), an agency under the National Development and Reform Commission.

Zhu told Caixin that, as before, the exchange rate's fluctuations under the new system will be based on a managed float. But only under special circumstances, such as when the stock market slumps or when capital outflows and inflows surge, he said. Thus, from now on short-term capital flows are likely to play a bigger role in setting the exchange rate.

"Intervention measures will be different" than in the past, Zhu said. "They'll be better coordinated with other countries, using currency swaps, panda bond issues or overseas yuan-bond issues to increase inflows of yuan."

Breaking rank with the official commentators, though, are analysts who see other motives behind the central bank's decision.

Some think the government made the yuan cheaper against the dollar to improve the competitiveness of Chinese exports. They point to the fact that the nation's exports fell 8.9 percent in July from the same month 2014 – a statistic released by the National Statistics Bureau just a few days before the first devaluation. Industrial and investment activity also fell in July.

Throwing cold water on talk of an export-business motive was the central bank's Deputy Governor Yi Gang. He told reporters at an August 13 press conference that such speculation "is nonsense… There is no need to adjust the rate to boost exports."

Zhang Bin, director of the Institute of World Economics and Politics of the China Academy of Social Sciences (CASS), said rising labor costs have had a much larger role than exchange rate fluctuations in weakening China's export sector.

And Zhu said that while devaluations can promote exports of low-end products produced by labor-intensive manufacturers, China's export businesses in recent years have moved up the technology ladder and now sell more high-end products, which are less sensitive to exchange rate fluctuation.

"The marginal benefit" of yuan depreciation "is declining," Zhu said. "It may take a couple of years for the effects to show."

Other analysts say that, given the current global economic slowdown, spurring Chinese exports would require a lot more than a relatively small currency devaluation.

Liang Hong, chief economist at the investment bank China International Capital Corp., said only a much larger, long-term currency depreciation could help Chinese exporters. At the same time, though, a major devaluation would in many ways have a negative impact on the rest of China's economy.

Other analysts say the central bank adjusted the rate to improve the yuan's shot at SDR status, which China has sought for years. Currencies designated by the IMF for the SDR – currently the U.S. dollar, yen, euro and pound – can be loaned to sovereign states.

The yuan's eligibility for SDR is expected to be discussed at an IMF meeting in November.

Responding to questions about a possible connection between the yuan's devaluation and the SDR decision, an IMF statement said that the central bank's rate-setting adjustment "has no direct implications for the criteria used in determining the composition of the basket" of SDR currencies. "Nevertheless, a more market-determined exchange rate would facilitate SDR operations in case the (yuan) were included in the currency basket going forward."

Separately, an official close to the IMF's SDR assessment process told Caixin that China's bid and the IMF's decision on the yuan would be affected by how authorities "facilitate exchange rate and interest rate issues." These would have "a big impact," the official said.

And a central bank official insisted there's "no link" between China's SDR effort and the latest currency rate moves. What will affect the yuan's bid for the SDR, he said, are China's economic development and the stability of its financial market.

Another possible force driving the devaluation is the outbound flow of capital from China to other countries. Concerns about capital outflow have been growing since mid-2014 on the back of the government's declining foreign currency reserves, rising expectations of a weaker yuan, and interest rate hikes in the United States.

Yu Yongding, a former member of the central bank's monetary policy committee, said a government that wants to curb capital outflow can choose to devalue its currency. That's because devaluation raises the costs of moving money out of a country, making overseas transfers less attractive.

The central bank's Yi, however, said there's been nothing unusual lately about China's capital outflow. And he said the nation's foreign exchange reserves have fallen due to a rise in household and private sector forex deposits, increasing overseas investments by Chinese companies and fluctuations in major currency exchange rates worldwide.

Now that the devaluation has taken effect, central bank Assistant Governor Zhang Xiaohui said the yuan's value has touched true market levels. For that reason, she said, there is "no basis for persistent and substantial devaluation."

A source close to the central bank who asked to remain anonymous said governments in most countries around the world have found the 3 percent depreciation acceptable. And the international community doubts China's move will lead to retaliatory depreciations in other countries or any other sort of exchange rate war.

China's post-devaluation exchange rate on August 14 was 6.3918 yuan to the dollar, or 2.93 percent lower than the August 10 closing rate. This lower value was consistent with economic fundamentals, Yi said, adding the central bank would no longer regularly intervene to adjust the rate except in cases of extreme forex market volatility.

The central bank between 2011 and August adjusted the central parity rate as needed according to the government's economic development targets and the foreign currency market. These adjustments were aimed at helping China balance its economy, according to the bank.

The gap between the forex market and central parity rates offer proof that the yuan's rate is ultimately controlled by the central bank, not the market, said Xu Gao, chief economist at Everbright Securities. Thus any change in the rate is considered an indicator of the central bank's monetary policy, and thus can have a major impact on global financial markets.

Yu is among the experts calling for an overhaul of the central parity rate system. The longer the government delays such changes, he said, the higher the risk.

Only when the central bank stops intervening in the yuan-dollar exchange rate will a balance be struck between the global forex market and the domestic value of China's currency, Yu said.

After three days of rate cuts, the value of the yuan on August 14 started to rebound after three days of tension. Qu Hongbin, chief economist for China at HSBC bank, said forex market players had panicked August 11 and 12 because the central bank's intentions were not clear.

Since then, relative calm has set in. But many investors are still uncertain about the yuan's short-term direction. One economist at a foreign investment bank told Caixin that many market investors are expecting for more yuan depreciation.

Some investors lost money on the devaluation. A trader at a Hong Kong investment bank said he has many clients who lost about 6 percent of their money parked in derivative products called Targeted-Redemption Forwards, which are tied to yuan-to-dollar exchange rates.

Also losing money, according to Devega's Sun, are Chinese companies that raised money overseas by issuing U.S. dollar-denominated bonds, some importers, and companies with dollar-based debt.

The yuan's value may continue falling, although not by much, said Xie Yaxuan, chief economist at China Merchants Securities. He expects the central parity rate to stabilize between 6.3 and 6.5 to the dollar before the end of August.

Over the long term, Peking University's Huang said, the fundamental health of the Chinese economy will set the pace for the yuan's value fluctuations – in any direction. "As long as China's economy is stable," he said, "a stable yuan or appreciation will be increasingly possible."