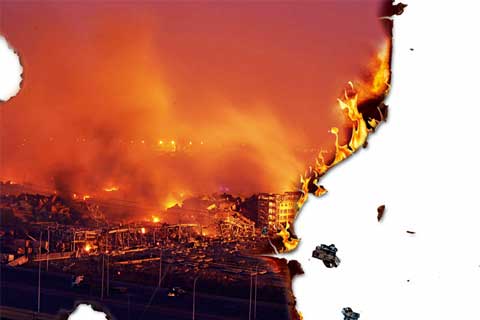 (Tianjin) – Firefighter Zhai Lei and two colleagues were sitting in a fire truck and preparing to retreat from a warehouse blaze in Tianjin's New Binhai Area on the night of August 12 when their faces were suddenly sprayed with shards of windshield glass.

Stunned but alive, the men strapped on their helmets. Their efforts to douse the flames had failed, but they had just survived a huge explosion at the warehouse complex. Now, they were scrambling to obey what Zhai said was a commander's explicit order to pull out of the area.