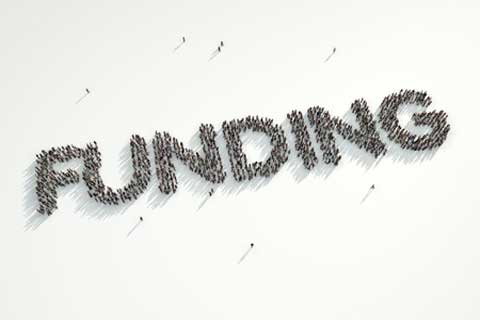 (Beiing) – Lu Wei, one of the producers of a blockbuster animated movie called Monkey King: Hero Is Back, says he is talking to potential crowdfunding investors about a sequel that could hit the big screen in 2017.

Lu said the investors sought him out because of the success Monkey King had getting some of its financing from crowdfunding, which usually involves large groups of investors plunking down small sums for a stake in a project. Crowdfunding uses websites or social media platforms to try to attract investors.

Monkey King – a story about a figure in a novel called Journey to the West that is very popular with Chinese people – was made for 60 million yuan, but generated a whopping 1 billion yuan in box office revenue this summer.

Most of the money for the flick came from traditional investors. However, Lu said that 89 individuals chipped in 7.8 million yuan to cover the marketing budget, and the movie's success would net them returns of four times their original investment.

Lu initially wanted crowdfunding to finance a much greater portion of the movie's budget. He started telling friends about his idea at the beginning of last year, and set up a group on WeChat, a popular messaging application, to get the word out, but many people were skeptical. Some of Lu's friends who had a good grasp of finance balked at investing in the film because the idea seemed outlandish, said one backer.

The woman, who put up 200,000 yuan, said she and other backers she knew only looked at the movie as something of a gift to her children. The figure she invested is more than is usual for crowdfunding, but small compared to the huge sums needed to make big-budget movies.

Lu said he plans to launch a website that will facilitate crowdfunding for the sequel to Monkey King and other films, and the hope is that more than just the marketing budget will be covered in the future.

Crowdfunding and animated movies are a natural match, said Che Li, a producer on a film called Afei Wangqian Chong, which can be translated as Afei Runs Forward. In the past, big-money investors preferred to put their funds into more traditional films, she said, making it hard for animated movies to get support.

Then in 2013, two cartoon movies, one titled the One Hundred Thousand Bad Jokes and the other called The Big Fish and The Flowering Crabapple, each raised more than 1 million yuan toward their budgets on the crowdfunding website demohour.com, though the productions suffered different fates. These two movies represented the first opportunity that ordinary people in China had to invest relatively small sums in the film industry, Che said.

Work on The Big Fish has stalled because the production company lacked experience, Che said, but One Hundred Thousand Bad Jokes has fared better. Its makers got 1.37 million yuan from more than 5,200 investors on demohour.com, and those backers were happy to see the film take in 100 million yuan at the box office earlier this year.

Demohour.com said on September 1 that it has started sending investors their returns.

Che said that earlier this year she raised 2 million yuan from 31 investors through another website, yunchou.com, for Afei Runs Forward, and she too plans to turn to crowdfunding to cover the production and marketing costs of other future projects.

A Beijing company called LKK Design Group wants to use crowdfunding to support a different aspect of the film industry: products related to films. The company worked with Lu's firm to get the necessary copyrights, then designed 20 products, such as caps, toys, watches and other products, related to Monkey King.

LKK Design is also cooperating with e-commerce company JD.com in the novel idea, putting crowdfunding proposals on the JD website. One product, a USB driver with a Monkey King logo on it, has gotten the interest of 1,000 investors who put 50,000 yuan behind the product.

A film industry analyst said there is room for the market for products related to movies to grow in China. In the West, some 60 percent of a successful film's total revenue can come from these goods, but in China the figure is only 20 percent.

Gao Lei, who heads JD.com's culture department and who handled the LKK Design's crowdfunding, said he is making plans for the e-commerce company to get more involved in the movie products business.

Gao said JD.com could cooperate with movie makers on developing products related to films, and then go to design companies and factories to have them manufactured. He added that JD.com could use crowdfunding to support the business and then sell the products on its website.