Central Planning Got the Northeast in Trouble – and Won't Save It 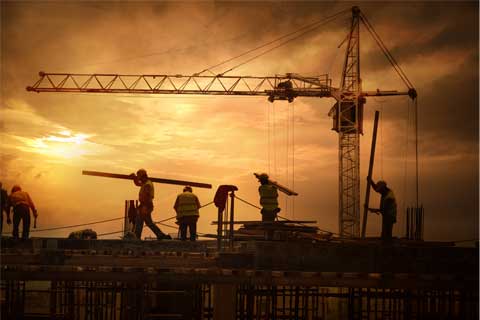 The multiple explosions at a chemicals warehouse in Tianjin not only killed 165 people, but also exposed the economic crisis afflicting nearby northeastern China. As growth slows, and analysts both at home and abroad speculate as to whether the economy is going to suffer a "hard landing," there is little to debate over where the three northeastern provinces stand ahead of another cold winter. In the first half of the year, the provinces of Liaoning, Heilongjiang and Jilin, were first, third and fourth worst performing economies in the country, respectively. Some have described the region's economy as "falling off a cliff."

With its vast amounts of land; historically rich deposits of coal, oil and iron ore; and base of heavy industry, the northeast has been a core industrial center of China since the establishment of the People's Republic in 1949. The region faces some natural limitations, but its abundance of advantages is obvious. This means that the economic woes are mainly to do with human factors, including a fundamentally conservative culture that stymies change and innovation.

Even today the planned economy, dominated by centrally owned enterprises, still prevails in the region, leading to the worship of officialdom and power. Song Donglin, the head of Jilin University of Finance and Economics in Changchun, said that centrally owned businesses account for over 60 percent of Heilongjiang's industry, and a whopping 95 percent of the medium and large enterprises in Jilin.

Many cities in the northeastern region, known as "Dongbei," were built around large state companies' plants and factories, tightly linking their development with the fate of these enterprises. In turn, the companies bear great responsibility for housing, education, transport, health care and more.

During the era of the planned economy, the central government saw the national economy as a unified system and assigned each region of the country a function. The northeast was designated to supply wood, minerals, grain and other raw materials, and to produce heavy equipment.

But reform and opening up means the development of many regions is no longer neatly aligned to plans made in Beijing. More often than not now, China's regions get their raw materials and heavy industry products from places other than Dongbei.

In the 1950s, the government wanted its core economic belt near the border with the former Soviet Union because it considered this region the safest. And so it is today that the economy of the northeast bears the most resemblance to the Soviet-style planned economy.

In recent decades, central authorities have repeatedly talked about "revitalizing" the northeast's economy, but they are still placing their bets on state-owned enterprises. Those businesses, in turn, heed this call as a political mission, meaning they are not very responsive to the market.

Yet the economic boom seen in China over the past nearly four decades has fundamentally relied on market forces. The rise of the coastal areas did not rely on centrally owned companies, but on the evolution of the private sector through trial and error.

A restructuring of Dongbei's SOEs is bound to face much stronger resistance than similar changes in other regions, due to the huge social implications. An incident involving Tonghua Iron & Steel Group offered an early clue to this likelihood. In 2009, a restructuring plan sparked a huge strike and demonstration that led to a general manager being beaten to death.

The lack of a business culture in the northeast means that when leaders there try to attract foreign investment, the first thing that springs to their minds is the opportunity for personal gain. This is, of course, not very attractive to foreign investors.

These and other problems have led to a brain drain that is exacerbated by the fact this region, more than any other in China, is heavily dependent on "guanxi," the social networks built around business leaders and government officials. Over the past five decades Dongbei has developed great technical proficiency, but now many engineers being lured to more developed regions in the south and east.

In fact, the entire northeast suffers from a wider decline in population. The Heilongjiang Provincial Academy of Social Sciences said that in the first three decades of the PRC, Dongbei had a net population inflow of 7 million people. However, the last three decades have seen 4 million people leave. Liaoning saw its two big cities grow, but overall the province's population has shrunk. Retirees in Dongbei outnumber the people joining the labor force every year.

Factors related to natural resources also help explain the northeast's economic downturn. In short, raw materials are being exhausted. The economies of cities that rely on non-renewable resources, such as oil, coal and iron ore, are plummeting. Questions over how the region can be transformed and the situation reversed are very difficult, and local authorities will not have the answers anytime soon.

The central government has tried two "revitalization plans" for the region, but they have failed and the economy actually seems to have worsened.

Today, many large SOEs in Dongbei are on the brink of bankruptcy. The backing of the government can revive them, but that will likely make the problems worse in the long run. After all, "revitalization plans" are a throwback to the planned economy of yesterday. That approach eventually doomed the northeast and is even worse than allowing the companies to just go bankrupt.