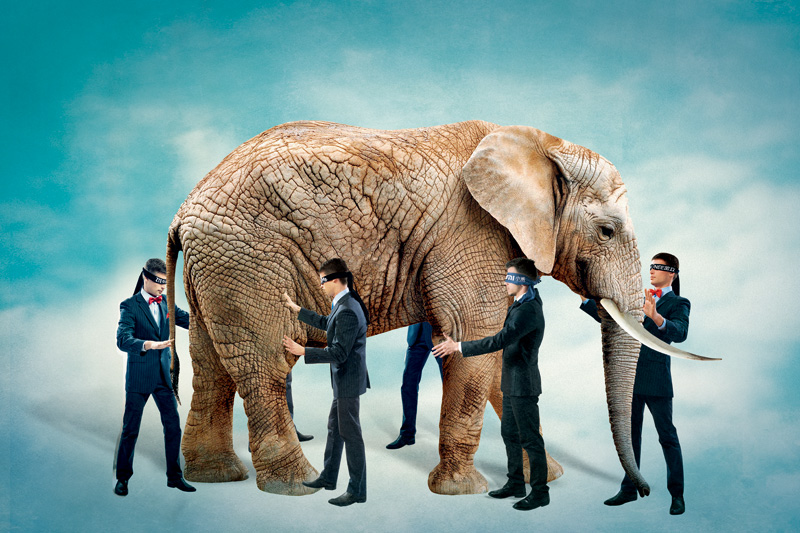 (Beijing) – For Chinese smartphone and mobile phone manufacturers, the crowded Karol Bagh market district in Delhi, India, is a key outpost for an exciting business frontier. Vendors in cramped shops peddle handheld devices from India and around the world. Most shops feature budget phones, although in recent years expensive smartphones have been added in increasing numbers to store shelves.

Chinese smartphone makers such as Xiaomi Inc. and Huawei Technologies Co. Ltd. are working hard to unlock what they see as enormous sales potential at Karol Bagh and similar markets around India. Analysts think Indian sales of Chinese-made phones could explode very soon.

Contributing to these expectations are figures from researchers such as Gartner Inc., which found only 115 million of India's 1.2 billion people owned a smartphone at the end of 2014. It also found the country is home to about 610 million mobile phone users.

Anshul Gupta, a researcher at Gartner, said he expects the Indian smartphone market to expand by 40 percent annually over the next two years.

"Today's mobile phone market in India is just like China's four or five years ago, with golden opportunities everywhere," said a source at a mobile phone maker who asked not to be named.

Chinese brands account for about one-quarter of mobile phone sales in India, said Gupta. But the Chinese market share is rapidly increasing, according to an IDC report. Brands including Lenovo, Xiaomi, Gionee and Huawei cornered a combined 12 percent of the market in the second quarter of this year, the report said, up from 6 percent during the same period last year.

Although store sales are important in India, the role played by Internet shopping is growing. According to IDC, online sales accounted for 27 percent of all smartphone sales in India in the second quarter, rising from 10 percent in the same period 2014.

Chinese companies that are now growing their sales in India survived an assault that began a few years ago when competitors flooded the market with cheap knock-off brands. That attack dented business and the reputations of legitimate phone makers, including the first Chinese players in India, Gionee and Coolpad. Today, some Chinese phone brands are still plagued by a negative image.

Another Internet-savvy smartphone manufacturer is Meizu Technology Co. Ltd., which in August became the latest Indian market player by premiering its MX5 model at a press conference in New Delhi. Meizu is selling devices online through Amazon and the Indian e-commerce website Snapdeal, foregoing the costly task of building on-the-ground sales networks.

"Chinese companies want to take advantage of the opportunities presented by India's market boom," said the manufacturing source. "But building sales networks takes time and resources in the face of challenges from domestic brands in India. So using e-commerce channels is much safer for Chinese phone makers."

Xiaomi is relying on the Internet for sales and has opened an Indian operations headquarters in Bangalore, an e-commerce hub in India.

Xiaomi's strategy in India mimics its successful strategy China: "flash sales" through which consumers are offered a limited number of products during a single marketing event. Most flash sales are promoted through social media.

Xiaomi has hit some bumps on its fast road to success. The company's sales surge in India caught the attention of its Swedish competitor Ericsson, which in December filed a complaint in the Delhi High Court claiming Xiaomi broke the law by using Ericsson-patented parts in its phones without paying royalties.

The court agreed with Ericcson and barred Xiaomi from selling phones in India that are equipped with chips made by its parts supplier MediaTek. Devices equipped with Qualcomm-made parts were not covered by the ban.

Indian courts are still considering the case, Jain said. And Xiaomi is still expanding in India through partnerships with retailers and e-commerce firms.

Some Chinese phone makers have paid an even higher price in India. Shenzhen-based Coolpad has been in India since 2007, but has had a hard time competing against the Samsung, Nokia and Blackberry brands. The company is hoping its recently launched partnership with Amazon will, after years of lukewarm sales through Indian telecom tie-ups, boost online sales.

Coolpad's plan for enhancing its image in India is to launch a new model every month and then sell the phones through e-commerce websites.

"Unless we start building up the brand now, there will be no future opportunities" said Syed Taj, head of the company's India division. "Coolpad has to catch up."

Not every smartphone manufacturer has switched to e-commerce sales. Some companies, such as Shenzhen-based Gionee, continue to rely on brick-and-mortar retailing for most sales in India.

Arvind Vohra, head of Gionee's India operations, said the online sales strategy pursued by many Chinese companies has quick effects but lacks long-term brand-building efforts. "It's hard to say how it will go," he said.

Gionee has taken the old-fashioned route by building up a retail sales network in India. According to Vohra, the company has maintained contracts with 10 dealers operating 35,000 shops across the country since 2007.

And Gionee's retail effort has paid off. The company sold about 4 million devices last year in India, or about half of all Chinese-made devices in that country, pocketing US$ 300 million in revenues. And since the Indian smartphone market is only about three years old, Vohr said, there's plenty of room for growth.

Still, building a retail sales network in India from scratch means competing against established players such as Samsung, one of several international brands that dominate the market. It also requires navigating a retail environment characterized by a large number of phone dealers and retailers spread over a wide area.

It's easier to switch to an online sales strategy from a retail environment than the other way around, Vohra said, because consumers in stores are more brand-focused while those shopping online pay more attention to price.

Samsung shipped more phones to India – 6 million – than any competitor in the second quarter of 2014, according to IDC, giving the South Korean company 22.6 percent of the market. Indian mobile phone manufacturers Micromax, Intex and Lava were the second, third and fourth largest, underscoring the fact that Chinese firms face an uphill climb.

Chinese phone makers Vivo Electronics Corp. and Oppo Electronics Corp. have each spent hundreds of millions of yuan in India on retail marketing campaigns since the beginning of the year, an industry source who asked not to be named said. Yet "the effects of this huge investment have been limited."

Lenovo is also trying to break into the Indian market through store sales. The company's devices are sold by more than 7,000 retailers across India, a number that Ye Zhuliang, vice president of Lenovo Group Ltd., expects will rise to 15,000.

"Sales networks are quite complicated in India, which has more cities and greater regional differences" than China, said Ye.

Yet brand-building may be the most important task for Chinese device-makers in India. And different companies are taking on that task in different ways.

To get people talking about its phones, Gionee sponsors Bollywood movies and cricket matches. According to Vohra, the company also buys newspaper and TV ads that say its high-tech products are built for high-end consumers. These ads often stress that a Gionee phone costs about 20 percent more than Indian-made brands.

To give the Chinese device maker even more support, Vohra said, Gionee plans to step up newspaper and TV ad spending, and look into expanding online sales.

It's also common for Xiaomi to pitch its phones by mentioning the price tag can be half of what other brands charge, said Jain.

Chinese phone makers also see the Indian frontier as a future production base.

Gionee plans to invest US$ 15 million over the next three years to build phone production facilities, Vohra said. Xiaomi, through a partnership with electronics supplier Foxconn Technology Group, has started assembling smartphones in India. And Coolpad hopes to open a research and development office in India within two years.