Academics Spar over Who Did the Research Presented in Paper 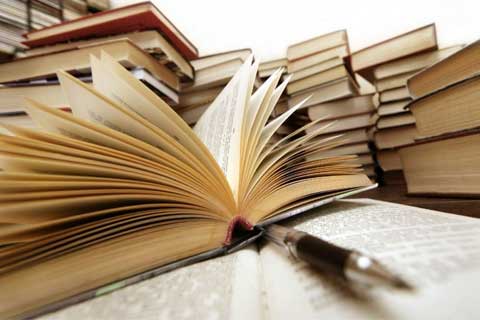 (Beijing) – A dispute between two academics over research into the impact of the earth's magnetic field on organisms has again shed light on questionable ethical standards among researchers in China.

The row broke out after Tsinghua University professor Zhang Shengjia published a paper in Science Bulletin, the bimonthly academic journal under the Chinese Academy of Sciences, on September 14. It details the discovery of MagR Protein that may allow organisms to navigate the magnetic fields that surround us.

Xie Can, a research fellow at Peking University, said that he contributed a significant part of the research, but was not given credit. In a letter to administrators at Peking and Tsinghua universities on August 22, which was viewed by Caixin, Xie said Zhang also breached an agreement to allow Xie to publish a separate article first based on Xie's research. Xie's article is being reviewed by peers.

Zhang did not respond to questions Caixin emailed to him. Caixin contacted his assistant, but she said she does not know where he is.

In an interview with China Science Daily, Zhang denied Xie's charges. He said he did not break any deal with Xie because his work is different from Xie's, which Zhang said is not about the identification and analysis of the protein.

Problems involving issues such as plagiarism have often arose in recent years on China's college campuses, often tarnishing the country's academic reputation and raising questions over ethical oversight. Such issues have gotten the attention of the government, which last year changed the way it funded research projects in a bid to rein in the problems.

In his letter, Xie wrote that he started his research in 2009 and later discovered the MagR protein. He also said that in April, Zhang approached Xie about collaborating. Xie said he agreed on the condition that his study appeared first and that he be included as a co-author in Zhang's paper.

Xie said the agreement was largely oral, but is supported by emails and messages the two exchanged.

He said he learned on August 20 about Zhang's decision to publish the paper, and that was denied the chance to read it first and that his name did not appear on it.

"I hope two universities can launch an investigation about academic ethics and stop Zhang Shengjia's submission," Xie wrote in his letter.

Xu Zhihong, a member of Chinese Academy of Sciences and former president of Peking University, told China Science Daily that administrators from the two universities wrote a letter to the journal asking it to withdraw Zhang's paper on ethical grounds. He quoted one letter as saying: "Zhang Shengjia failed to obtain an agreement from a researcher who has made substantial contributions."

The article can still be read on the journal's website. A person who said he is in charge of the editorial department at Science Bulletin refused to comment on the matter.

Xu said administrators at the two universities have asked the journal to retract the study and launched a joint inquiry.