Despite Desire for SOE Reform, Progress in Oil Industry Is Fitful 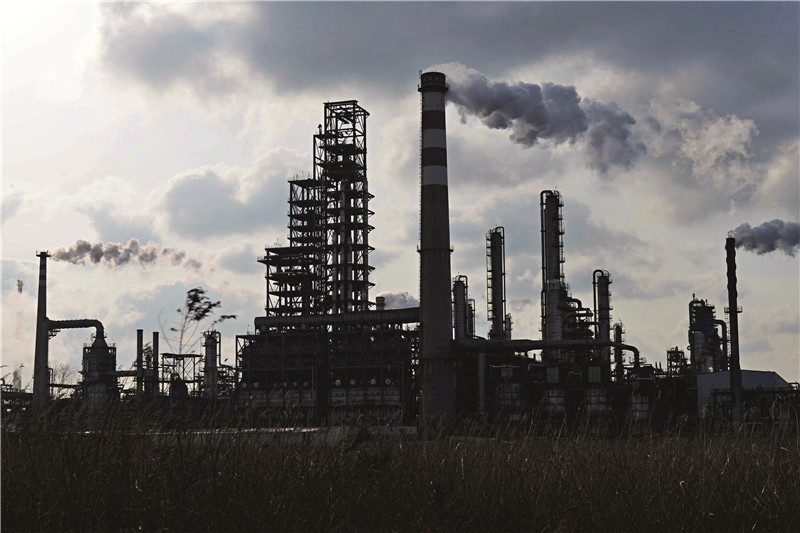 (Beijing) – Central government guidelines issued in mid-September lay out the next step for reforming state-owned enterprises, a sign that long-awaited progress in the oil and gas sector is gaining steam.

People close to the matter said that a draft reform plan for the oil and gas sector has been approved by the National Development and Reform Commission (NDRC), China's top economic planner, and will be issued by the end of the year.

The plan follows a May order from the State Council, the country's cabinet, for the NDRC to "research and work out a general reform plan for the oil and gas system" toward a more liberalized market by "easing controls on market entrance in all sections" of the industry.

However, the pace of reform slowed partly due to a management reshuffle at all three companies in the early part of the year. The oil giants have also been waiting for the central government to issue guidelines on SOE reforms to direct their next step.

This means some highly anticipated plans are behind schedule. Last year, Sinopec transformed its sales assets into a new unit and invited private investors to own part of the new company, but a board of directors has not yet been formed as planned. Also, in May last year CNPC said it would sell some of its gas pipeline assets, but it has not yet acted.

Several energy industry experts said these reforms, which touch at core issues of SOE governance and "mixed-share ownership," need to be guided by a general SOE reform framework.

In late August, the newly appointed chairmen of the three oil companies all said separately that their firms are waiting for a central government directive before taking further action. Wang Yilin, chairman of CNPC, said at a meeting with analysts that "we will implement reforms in stages based on the state's top-level designs."

On September 16, Lian Weiliang, deputy director of NDRC, said at a press conference that a series of documents regarding detailed implementation of SOE reforms will be issued soon and that planning for changes in the oil and gas sector are underway.

Many insiders expect the next step for reform of the oil industry to fully liberalize mining rights, imports of crude oil and pipeline operation, all while easing state control on sales of refined oil sales and pricing of oil and gas.

Since the beginning of the year, several government agencies, including the NDRC, the Ministry of Commerce and the Ministry of Land and Resources, have issued notices regarding small-scale reform pilots to expand non-government involvement in crude oil imports and the exploration business.

However, Fan Bi, a senior researcher at the China Center for International Economic Exchanges (CCIEE), said previous reforms plans issued by different departments and local authorities are separate and cannot represent the interests of the entire industry.

"The oil and gas sector is in urgent need of a top-down reform design to guide market reforms covering the entire industry chain, rather than reform pilots," said a report issued CCIEE, a Beijing-based think tank.

Fan said the upcoming changes should be coordinated with the SOE reform principles. For individual companies, reform should focus on reducing government intervention in company operations, spinning of affiliated businesses and the independent operation of pipeline assets. At the industry level, market access should be further liberalized in different areas, and as for regulators, more efficient supervision and industrial regulations need to be established, Fan said.

A key part of the expected oil industry reform involves spinning off pipeline operation businesses from the Big Three, but debates continue on how this should be done. Wang Dongjin, president of CNPC, said in late August that it has been agreed that the ultimate goal of change in this regard is to make the field independent and market-oriented.

A researcher at the Development Research Center, a State Council think tank, said one of the options being discussed for the draft reform plan is consolidating the Big Three companies' pipeline assets and setting up a national-level management company.

The researcher, who asked not to be named, said supporters of this option believe that only an independent, third-party pipeline operator can prevent related-party transactions in oil and gas transportation and sales, while the establishment of a national company will make it easier to supervise the operation of pipelines and also control costs.

But CCIEE researchers proposed a more moderate approach in their report, suggesting the pipeline business be separated from oil field operations and then separated again from sales so that an independent transportation service is the result. The separation should be start with finances and gradually achieve a complete spin-off from state companies. The CCIEE also suggested that the pipeline business be fairly open to all kinds of investors.

Lu Jianzhong, deputy director of the CNPC's Research Institute of Economics and Technology, said he liked this idea.

"The reform should be done in a progressive manner," he said. "Big oil companies will still play leading roles in pipeline construction. There is no hurry to separate the pipeline business completely."

The Big Three mainly rely on their engineering teams for oilfield construction and technique services, making it difficult for other oil companies to use the services. Meanwhile, the close ties with parent companies have made the service subsidiaries' finances obscure. For years, industry experts have called on the Big Three to separate themselves from their oilfield service assets, and transform them into more efficient and competitive market players.

Both CNPC and Sinopec have made moves to consolidate their oilfield engineering teams over the past few years in order to improve efficiency. In 2012, Sinopec set up Sinopec Oilfield Service Corp. and listed the subsidiary in Shanghai this year, but the company's business remains weak. In the first half this year, Sinopec Oilfield Service's revenue declined 45 percent year-on-year to 23 billion yuan, and it registered a net loss of 1.4 billion yuan.

The business slide is partly due to the weakening global oil market. A CNPC source said the company's oilfield service business saw its 2014 revenue fall 8 percent year-on-year, and nearly three-quarters of the revenue came from CNPC and its affiliated companies.

The sluggish business adds more uncertainty to the long-expected reshuffle of the oil giant's service assets, especially when layoffs are added to the mix. The oilfield service business is labor intensive, involving 220,000 people at CNPC and 130,000 at Sinopec.