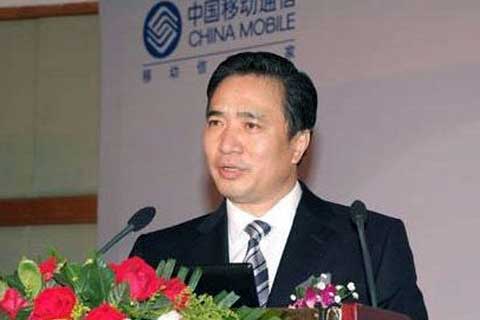 (Beijing) – A former head of China Mobile's unit in Guangdong has pleaded not guilty to charges he took millions in bribes, putting him at odds with his wife, who admitted to graft.

Xu Long, the former president of China Mobile's subsidiary in the southern province of Guangdong, and his wife, Wang Jianying, went on trial over bribery charges in the Guangzhou Intermediate People's Court on October 13 and 14.

Prosecutors have charged Xu with taking a total of 12.9 million yuan and HK$ 2 million in bribes on five occasions – two of them involving his wife – while he was the president of China Mobile's Guangdong unit from 2005 to 2013.

Court papers say the couple got more than 3.3 million yuan from three stores that a subordinate helped them buy in the city of Zhongshan in May 2007. In return, Xu helped get the subordinate, Li Xinze, a China Mobile marketing executive, promoted.

Li, who went on to become the general manager of China Mobile's Guangzhou subsidiary, was detained over bribery allegations in 2013 along with several other executives of the telecoms giant in Guangdong, including Sun Lian, head of a planning department.

Sun was sentenced to 14 years in prison for a bribery conviction late last year. Li's case is still pending.

Xu and his wife are also charged with taking 770,000 yuan from Su Rui, a shareholder in a Shenzhen-based software developer. The couple used the money as a down payment for property they bought in the coastal city of Hangzhou, prosecutors said.

Xu has argued in court that the 3.3 million was not actually a bribe but proceeds from an investment and that the 770,000 yuan was a loan that has been repaid.

He also pleaded not guilty to three other counts of bribery. Prosecutors have also said Xu received a total 2.8 million yuan on eight occasions from Su between 2005 and 2012 for promotions.

Xu told the court that he initially confessed to the charges because he thought working with investigators could win him more time at a hospital where he was being treated for liver cancer.

Xu's wife, Wang, has pleaded guilty to the two bribery charges against her. She has asked for leniency for her husband, who she said had a liver transplant in February 2014.

Xu and his wife were taken into custody in August in 2013. They both told the court that they returned the 3.3 million yuan to the developer of the shops in Zhongshan when auditors began to look into irregularities at the China Mobile subsidiary in 2012.

The court did not hand down any verdicts at the end of the trials.