Star Fund Manager Said to Be Detained Outside Shanghai 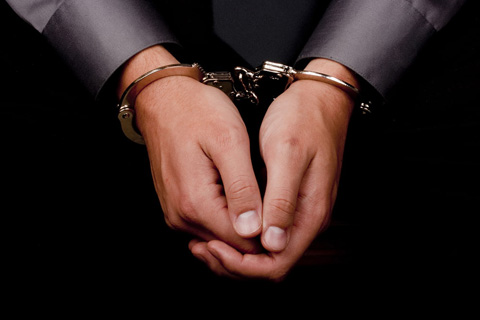 (Beijing) – The well-known manager of a privately offered fund has been detained on suspicion of insider trading and manipulating stock prices on November 1, the official Xinhua News Agency reports.

Xu Xiang, the founder and general manager of Zexi Investment in Shanghai, was being investigated for "illegally obtaining inside information about the stock market and manipulating prices," the Ministry of Public Security said.

Xu started his career in his hometown of Ningbo, a city in the eastern province of Zhejiang, in 1993 when he was still at high school by using a small sum his parents gave him, he told Caixin in 2012.

He established Zexi in 2009 to invest primarily in the secondary market. As of this year, two of the funds the firm manages have posted returns in excess of 30 times the original investment, the company said.

Two other funds he managed were also very profitable, scoring a return-on-investment ratio of 198 percent and 175 percent last year to rank among the top 10 investment funds in the country, reports simuwang.com, a data provider.

Over the years, Zexi has denied many times that Xu has broken financial laws and regulations. In response to the speculation that he was being investigated during the market meltdown over the summer, the company said in a brief statement on its website in August that "neither the company nor the company staff have been investigated."

Despite the stellar performance of his investments, Xu has shunned the spotlight to the extent that there is no record of him attending a forum, conference or similar public event.

Few reliable media reports about him and his investments exist, and none included a picture.

Pictures that Net users said was Xu appeared online just before Xinhua published its report. One of the pictures shows a man wearing glasses and a white suit handcuffed while standing in a highway tollbooth. Sources close to Xu confirmed it was Xu.

Xu was "born to be a (stock) trader," a person from a securities firm who knows him said. He has a knack for predicting market sentiment, and has extraordinary investment instincts and abilities, the source said, referring to cases where Zexi is known to have made tens of millions of yuan, according to expert estimates.

People familiar with Xu describe him as so hardworking that he seemed to have no other interests.

"He spent more than 12 hours a day studying the market," Ye Zhan, a former Zexi executive who worked closely with Xu, wrote in an article reflecting on his years at the investment firm, "Compared to other investors, who are interested in soccer, celebrities, traveling and golf, he is like an ascetic monk."