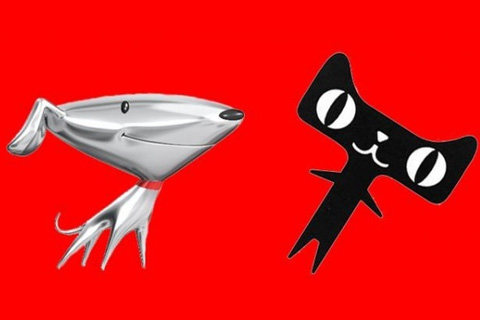 (Beijing) – The e-commerce company JD.com Inc. has asked the government to investigate Alibaba Group Holding Ltd. over charges it disturbed market order in the run-up to the big "Double 11" sales day in November.

JD.com said on social media on November 3 it had complained to the State Administration for Industry and Commerce (SAIC). It said merchants complained that Alibaba informed them that if they take part in the November 11 sales event on its Tmall.com website that they could not take part in promotions on other sites.

JD.com said in the post on the popular WeChat mobile application that Alibaba also threatened further punishments to merchants who did not listen, but it did not detail those threats.

JD.com complained that this behavior hurt the interests of consumers and merchants.

Alibaba said in an email to Caixin that Tmall has more authentic products, better services, lower prices and faster delivery, and its competitors should face the facts. It also said that trying to discredit competitors by saying they disturbed market order was improper.

JD.com told Caixin that Alibaba's comments did not address whether it was involved in unfair practices, adding: "Alibaba has limited the choices consumers have by preventing merchants from freely choosing the sites for promotional activities."

JD.com sent Caixin a screenshot of an email that it said it received from shoe retailer Mulinsen on October 27. In the email, Mulinsen tells JD that it would stop its promotional activity on JD.com due to pressure from a rival of the e-commerce firm.

JD.com said it has received similar notices from other merchants.

The SAIC has not commented.

In September, the regulator forbade e-commerce companies from telling merchants they cannot promote themselves with rivals.

Tmall.com started the Double 11 shopping promotion in 2009, and e-commerce companies such as JD.com and Suning Commerce Group Co. Ltd have joined in. Tmall reported total sales of 57.1 billion yuan on November 11 last year, compared to its average daily for 2014 of 2 billion yuan.

Alibaba told its competitors last year that they could not use "Double 11" in their promotions and ads because it has registered the phrase as a trademark.

Alibaba got into a spat with the SAIC earlier this year over a government report that said many counterfeit products were being sold on its websites and the company doing little to address the problem.