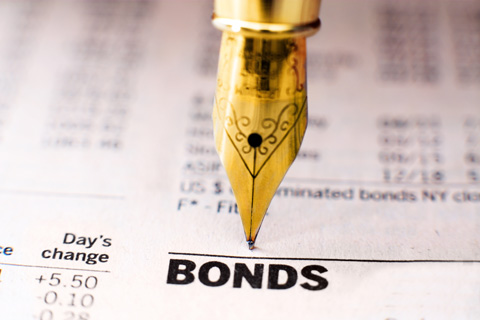 Some analysts are calling these cash-for-equity injections, worth upwards of 400 billion yuan combined, a new and creative form of government stimulus set against the backdrop of China's weakening economy.

And while the injections targeted companies, sources who spoke with Caixin about the so-called "special construction bonds" scheme say some money is being channeled to pay off some of the more than 15 trillion yuan owed by local governments around the country.

Policy banks raised the funds they used to buy equity by issuing and selling bonds to state-run Postal Savings Bank of China, sources who asked not to be identified said.

Each company receiving an injection had applied for and won approval for financial support from the National Development and Reform Commission (NDRC), the government's leading economic planner. The criteria used to pick winners was not made public, although sources said most recipients were expected to use their funds for building-related projects.

The NDRC designed the scheme, which sees the Ministry of Finance provide cash and that companies get policy bank support – or the local governments that control the companies – ultimately bear all debt responsibilities.

As of October 27, four companies listed on the Shanghai or Shenzhen stock exchanges had acknowledged receiving equity investments from CDB Development Fund, an arm of the government's China Development Bank (CDB), which is based in the capital. These included auto parts manufacturer Wanxiang Qianchao Co., motor and electrical equipment manufacturer Wolong Electric Group Co., and a maker of water treatment machinery called Chengdu Xiongrong Environment Co.

Separately, the construction materials supplier Yatai Group said in September that it had received financial backing from the Agricultural Construction Fund, a unit of the policy lender Agricultural Development Bank of China (ADB).

People close to the situation said the bond program tapped by the policy banks was approved in August by the NDRC. The scheme calls for bond sale proceeds to be invested only in approved companies.

Bond terms range from 10 to 20 years. Interest rates have not been disclosed, although one source said the money was being made available at a 90 percent discount to market rates.

Special construction bonds are being rolled out at a time of concern over China's economic slowdown. The source said the NDRC's long-range plan calls for policy banks to help support the economy by issuing up to 1.5 trillion yuan worth of bonds through 2018. Also on the drawing board is a plan to expand the program beyond Postal Savings so that more banks could buy the bonds.

In addition, the NDRC was expected to start reviewing more applicants in late October, a CDB official said. The amount expected to be raised through the next round of bond issues "is larger than expected due to concerns that the (economy) may be falling too quickly," said the official.

Companies that have already announced cash-for-equity deals said their policy lenders will have no influence over their operations, and that all funds will be repaid. Nevertheless, one source said, all projects to be funded through the injections must "follow market rules" and provide a return for the policy banks.

Some firms receiving money through the bond scheme are paying nominal amounts of interest. Annual rates are as low as 1.2 percent, one source said. But a regional NDRC official said most projects are expected to generate returns of 3 percent to 5 percent over 10 to 20 years.

Some targeted projects are tied to China's effort to expand trade and business abroad through the government's New Silk Road initiative. Others are designed to support transportation, construction and industrial upgrading projects in regions targeted by the government for growth, including the Beijing-Tianjin-Hebei Province area and along the Yangtze River.

"The purpose of the policy is to boost growth," said the source.

Some funds will go toward the financing platforms run by local governments around China to improve their capital conditions," said the general manager of a platform in the eastern province of Jiangsu. "Since local governments are seeing their fiscal revenues decline, many platforms are suffering from capital shortages."

The financing platforms are the major carriers of local government debt, which was estimated at 15.4 trillion yuan nationwide in 2014. Many experts think this estimate vastly understates the debt load.

Meanwhile, the bond scheme has increased the amount of outstanding loans on the books at the CDB and ADB. A banking source in Jiangsu said that province's ADB branch saw its outstanding loans double to 20 billion yuan from January to October.

An executive at a CDB branch who asked not to be named said the policy bank plans to issue more new loans to the projects that previously won support from the bond scheme. In this way, the executive said, targeted projects would likely continue making smooth progress.

Echoing the executive's view were government officials in the southwestern city of Chongqing who said they expect the CDB and ADB to give priority to companies with projects already underway with prior policy bank financing.

But the bond scheme has not won universal support. Officials at many commercial banks have expressed caution, citing possible risks if the bond scheme throws good money after bad by supporting unfinished projects. Some have compared the scheme to the government's 4 trillion yuan government stimulus effort in 2008-09 for which the results are mixed.

"It sounds like another 4 trillion yuan" stimulus that includes projects getting funds before being carefully assessed, said a risk control manager at China Merchants Bank.

Supporters of the scheme argue that companies qualified for funding are benefiting by means of a new financing channel. Wang Han, an analyst at Industrial Securities, said the program will provide the government with the capital needed to encourage companies to step up investments in projects.

Li Qisen, a fixed-income analyst at Minsheng Securities, said the arrangement marks an improvement over other government efforts to stimulate the economy by means such as monetary easing since funds target specific companies and projects.

In the weeks since the program was launched, analysts said they expected the central bank to further ease monetary controls. But others such as Guan Zhongzheng, chief analyst at Hua Chuang Securities, said that the bank has declined to make any new moves toward increased market liquidity in recent months.

What's clear, many analysts said, is that the bond scheme has underscored the government's growing interest in stabilizing the economy and growth through investment.

And cash-for-equity investments are an efficient way to improve the financial status of any company with high debt levels, said an official close to the NDRC.

One analyst agreed that the bond scheme offers companies a good way to access capital. On the other hand, he warned, there's always a risk that money raised through the scheme could be used to finance unqualified projects.