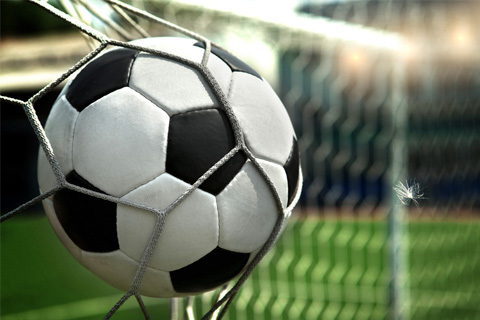 (Beijing) – A state-backed sports broadcaster recently spent big to win the rights to air games from China's top soccer league, a sign of how big sports are becoming in the country.

China Sports Media Ltd., better known as Ti'ao Dongli, paid a whopping 8 billion yuan in late October for the rights to televise Chinese Super League (CSL) games for the next five years. The second and third place bidders, Great Sports Media Co Ltd., a subsidiary of Shanghai Media Group, and CCTV Sports & Entertainment Co. were only willing to cough up half that amount.

The figure took industry insiders by surprise, given that television rights for the 2015 season cost only 80 million yuan.

But Ti'ao Dongli's CEO Li Yidong says his big bet will pay off.

"The domestic TV rights for the English Premier League cost about 18 billion yuan, which is about 200 yuan per person based on the UK's population," he said. "In contrast, the rights to air CSL games only cost 1.1 yuan per person."

The high bidding was partly prompted by plans the State Council, China's cabinet, announced in February to promote soccer. The interest of Internet companies in the broadcasting rights also pushed up price. A source close to the matter said Alibaba Group Holding Ltd. was discussing plans to launch a joint bid for CSL broadcast rights along with CCTV and this prompted Ti'ao Dongli to raise its price.

The deal means Ti'ao Dongli can resell the rights to air games to other media platforms, and also profit from producing, distributing and selling video products with game content.

Ti'ao Dongli is counting on mobile media platforms to turn a profit. About one-third of its revenue already comes from new media platforms and the figure will rise to 95 percent over the next few years, Li Yidong said.

Big Net companies have been scrambling for game rights recently. In June, social media giant Tencent Holdings Ltd. paid over 3 billion yuan for the rights to broadcast NBA games online in China for the next five years. And in August, the video streaming site pptv.com bought the rights to air games in Spain's main soccer league in China this season for 1.7 billion yuan.

Ti'ao Dongli's deal for CSL games is a sign Chinese companies are betting that fans will pony up to watch their own home teams. "We believe domestic matches will have great value," said Xu Zhihao, managing director of CMC.

The deal comes as broadcast licensing fees have skyrocketed worldwide. The British broadcasters Sky Sports and BT Sport paid the equivalent of nearly 50 billion yuan to keep the rights to air English Premier League matches in Britain until 2019.

In light of that figure, Ti'ao Dongli is happy with what it spent.

"The 8 billion yuan investment is definitely worthwhile," said Zhao Jun, its general manager. "We are confident."

Teams in the CSL will also benefit from the big deal because they get a share of the revenue. And Chinese Super League Co. Ltd., which runs the CSL, said it wants to revise its revenue sharing arrangement with the 16 teams next year.

It wants to switch from distributing profits equally to a merit-based system that takes into account the performance and popularity of a club, said Ma Chengquan, chairman of the company. The firm may also look at the profit-sharing model followed by Spain's league, said Zhang Sihua, deputy general manager of the Beijing Guoan Football Club.

Experts also expect the lucrative broadcast deal to help improve the standards of the game in China. Soccer teams have been lax about adhering to standards for field conditions, lighting and referees in the past, Ma said. "Unless field conditions were extremely bad, we have never forced them to improve," he said.

Part of the profits will also be used to revamp soccer facilities and improve team management, Ma said. Training young players and setting up camps to create a broad pool of talent is another priority, CMC's Li said.

Spring in the Air

Meanwhile, the China Football Association (CFA), soccer's governing body in the country, is undergoing change. In September, the General Administration of Sport, a government regulatory body, made the CFA a separate entity in a move to cut red tape.

For years, sports in China have been "under the shadow of the central government, which controlled all sport resources," said Wei Jizhong, the honorary president of the Olympic Council of Asia, which governs sports on the continent.

Professionals and investors say giving the CFA room to work will create a more market-oriented industry.