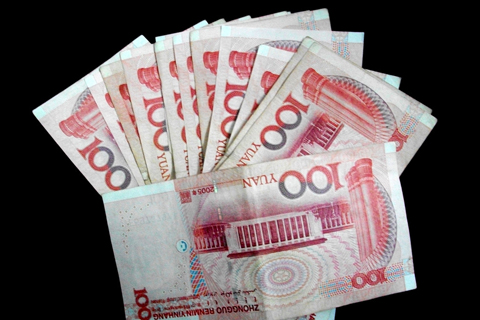 (Shanghai) – An investment company recently scrutinized by the government for possible violations of fundraising law is now facing accusations from employees it is forcing them to buy funds a subsidiary manages or risk firing.

Many employees of Shanghai Shentong Holdings Group Co. Ltd. and its subsidiaries had been required to buy at least 1,000 yuan worth of the funds managed by Dada Group or be fired, people working in the company's offices in Shanghai and the provinces of Hebei, Sichuan and Shanxi told Caixin on December 15.

Top management started ordering employees to contribute to the funds run by Dada Group in November, the sources said. The minimum investment was set at 100,000 yuan at first, but that proved unworkable and the figure was gradually lowered to 1,000 yuan. The funds expected an annual return of about 9 percent.

Executives who failed to make purchases "have to stay in the office and not go home for meals and sleep," one of the employees said. Lower-level employees had their salaries delayed and are even fired if they ignored the order.

Some employees have already been pushed out of the company, the sources said, but first they had to sign a letter saying they quit on their own.

An employee of Maojian Group, another Shentong subsidiary, said he was forced to leave in December after his pay was delayed a month because he refused to buy 1,000 yuan worth of the fund. He also said that employees are required to send their payments to a special account instead of through the mobile application Dada uses for outside investors.

Other news websites have run stories detailing complaints from Shentong employees about the forced buying.

The company released a statement on December 15 denying any wrongdoing, saying it was the victim of people spreading rumors intended to hurt its image.

Shentong has been on the radar of financial regulators recently over suspected violations of fundraising rules, people close to the matter said. Tipsters told the regulator the firm was selling privately offered funds without a license and storing investor money in its own accounts, not special investment accounts overseen by a bank as required by law, the sources said.

It is unclear whether the regulators or police have launched an investigation into the company or its subsidiary regarding the matter.

Former employees of Dada Group also told Caixin that it overpays sales people, something analysts said could be a sign the firm is involved in shady dealings.

The salaries and bonuses paid by Dada Group were much higher than the average in the industry, the former employees said. Compensation has been even increased since September, when the firm launched a campaign to have employees work 100 straight days.

An employee of Dada Group's headquarters in Shanghai also questioned the way it sells privately offered funds to the public. The law requires these funds to have no more than 49 limited partners (LPs) contributing 1 million yuan each.

But Dada Group "split the amount of investment needed from LPs into smaller shares" so individuals with as little as 10,000 yuan could buy in.