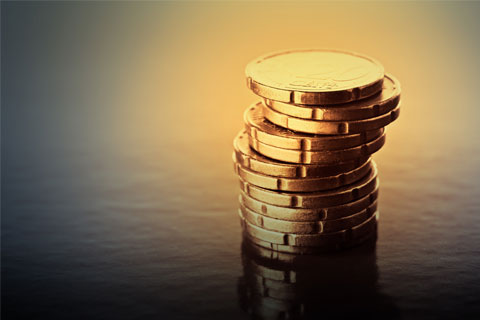 (Beijing) – A financial holding company facing an investigation for bilking investors of billions of yuan sent money to a war-torn area of Myanmar and it may have come from a subsidiary's lending website that has been closed, people with knowledge of the probe into the firm say.

Yucheng International Holdings Group Ltd. and a subsidiary that ran a peer-to-peer lending platform called Ezubo are at the center of a coordinated fraud investigation by police in Beijing and Shanghai and the provinces of Anhui, Guangdong and Yunnan.

Ezubo says it has facilitated more than 70 billion yuan in loans from individual lenders to companies since its establishment in 2014. It was shut on December 8, when police raided the firm's offices in several cities and detained executives, including its chairman Ding Ning, who was born in the eastern province of Anhui and is now a citizen of Myanmar, the nation that used to be called Burma.

The people familiar with the investigation into Yucheng Group said it is known to have sent money to Myanmar's Wa State, a conflict-torn area next to China that is known for involvement in the drug trade. The sources said the money may have come from Ezubo.

The area is controlled by rebel military groups including the United Wa State Army (UWSA), a military group composed mainly of ethnic Chinese soldiers. The Myanmar Times has reported that the UWSA has a standing army of 20,000 soldier, making it the largest of the armed groups that have fought Myanmar's military in recent years.

Yucheng Group sent nearly 10 billion yuan to Myanmar, the sources said. It is unclear who received the funds, and police in China are still following the money trail, they said.

Yucheng Group says on its website it reached an agreement this year with the authorities in Wa State to invest 40 billion yuan to build a free-trade zone near Pangkham, a city on the China-Myanmar border about 700 kilometers southwest of Kunming that used to be known as Pangsang.

It also said it had the permission of authorities in the area to operate a commercial bank – the only one of its kind in the area – to take deposits and lend to individuals and companies.

Police in several cities in China said on December 16 they had detained more suspects and frozen assets uncovered in their investigation into Yucheng. Several executives and salespeople who had been rewarded for attracting investments were among those held, the sources close to the probe said.

Employees from several banks said Yucheng Group and its subsidiaries still owe their financial institutions about 10 billion yuan in loans. China CITIC Bank said on December 8 it obeyed a police order to freeze a deposit of 1.1 billion yuan that belongs to Anhui Yu Cheng Financial Leasing Co. Ltd., another subsidiary of Yucheng Group.

One small investor told Caixin said he closed his Ezubo account because of concerns the lending platform was engaged in fraud.

"Yucheng was raising capital through Ezubo at an annual interest rate of 14 percent and lending it out for 6 percent," he said. The investor said he couldn't understand how the company could be profitable considering it was paying more to attract money than it was collecting in interest on loans.

Another investor said he was tempted to withdraw his money from Ezubo after learning its business model was questionable, but did not because Ezubo said it would charge him a fee to end his contract early.

It is unclear how much money has been locked in Ezubo accounts and how much Yucheng Group has in banks.

The police investigation caught many investors by surprise. Investments totaling more than 100,000 yuan were made just before the website was closed, Caixin learned from the people close to the investigation.

Yucheng Group appeared in state media reports in April for founding "a militia group" in Bengbu, the city in the eastern province of Anhui where the company had its headquarters until moving to Beijing this year.

Officials from the People's Liberation Army in the city and the local government attended the ceremony for the founding of the group, the state-owned China News Service reported.

Founding militias is not something companies in China are known to do, and no reports on the activities of the militia since April have appeared in state media.