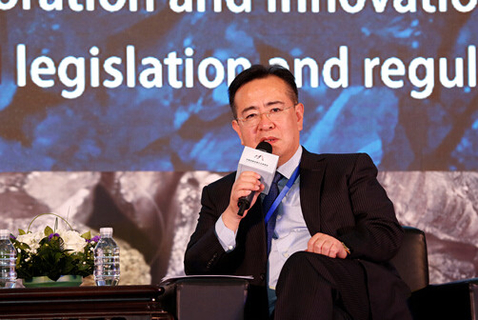 (Beijing) – The founder of the Fanya Metal Exchange, a troubled trading platform for nonferrous metals, has been missing for more than two months, a company under his control has told Hong Kong's stock exchange.

Shan Jiuliang, the founder of state-backed Fanya in the southwestern city of Kunming, has been unreachable since attending a board meeting on October 15, Imagi Animation Studies said in a filing to the bourse on December 17.

His wife, Zhang Peng, the executive director of Imagi, postponed a board meeting from November 27 to December 11, but neither one appeared at the meeting, the filing said.

Imagi also said Wen Di, a non-executive director of the company, resigned on November 8 and has not been seen since. Wen quit as the chief financial officer of Fanya in July, Imagi said earlier.

Fanya is involved in a dispute with some 220,000 investors across the country who say they have been cheated in a Ponzi scheme and want a total of 43 billion yuan returned.

More than 100 angry investors protested in front of the China Securities Regulatory Commission in September to demand that the government and police investigate the matter.

The company ceased operations in April, when investors said Fanya failed to pay them back, although no official announcement on a closure has been made.

Yunnan's government is considering filing fraud charges against Shan and Fanya, a person with knowledge of the matter says. A team led by the province's governor, Chen Hao, started investigating Fanya in November.

Before then, officials had been touting Fanya's success.

Song Hongbing, a popular author who Fanya investors say is linked to the company, was attacked by protestors in a hotel in Taiyuan, in the northern province of Shanxi on December 12, while at a speaking event.

Song, who writes a series of books that critics say are little more than conspiracy theories, said the protesters forced him to apologize for participating in a commercial activity organized by Fanya and feeding investors incorrect information about the firm's business model.