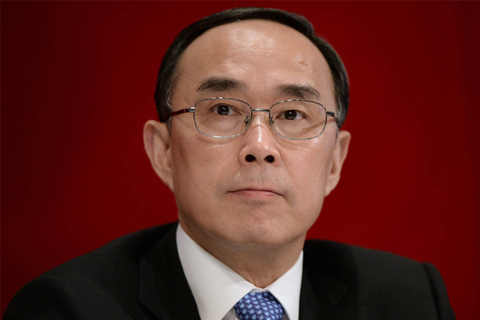 (Beijing) – The head of the country's second largest telecom firm by number of subscribers has been taken into custody, and one person close to the investigation say it has to do with problems during his time at another telecoms giant.

The Central Commission for Discipline Inspection (CCDI), the Communist Party's anti-graft agency, published a statement on December 27 that said Chang Xiaobing, the chairman and party boss of state-run China Telecom, was being probed for "serious violations of party discipline," a euphemism for graft.

The probe into Chang, 58, who took the top job at China Telecom in September, is linked to his 11-year tenure as the head of China Unicom, the country's third largest telecom firm, one person close to the inquiry said.

A team of CCDI investigators conducted a month-long check of China Unicom in December last year. Investigators said in a report two months later that China Unicom executives accepted money and sex in return for influencing matters such as contract negotiations with suppliers and personnel promotions.

The report, which Caixin has viewed, says some executives also helped companies run by relatives and associates win contracts from China Unicom. The report did not name Chang.

At least two of his former subordinates at China Unicom, including Zhang Zhijiang, who oversaw the development of the company's 3G and 4G networks, have been taken into custody over corruption allegations, party investigators said in December last year.

The source close to the probe said Chang was taken away on December 26. Several China Telecom employees said that senior figures at several of China Unicom's regional headquarters were told on December 26 that an annual meeting scheduled to be held in the capital on December 28 had been cancelled.

"It's a very important annual meeting, and heads of the company's regional headquarters and senior officials from the Ministry of Industry and Information Technology usually attend," one China Unicom executive said. "Many people believe that something very bad must have happened because the cancellation was so abrupt and no reason was offered."

The MIIT oversees the telecoms industry in China. China Mobile is the country's biggest telecoms company.