Shenzhen Landfill Operator 'Scrambled to Get Safety Stamp for Blueprints' 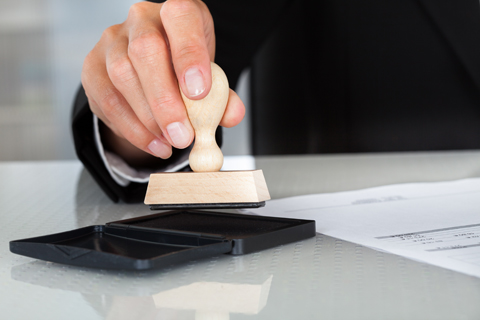 (Shenzhen) – The operator of a landfill that collapsed in Shenzhen, killing seven people and leaving dozens other missing, scrambled to get a company to provide its blueprints with a government-required safety endorsement after a monitoring group found that the facility was not being run properly, a person close the matter says.

This person was not willing to reveal his and the company's names due to the sensitivity of the issue.

Safety endorsements stamped on blueprints have been required by the Ministry of Housing and Urban-Rural Development since 2007.

A landfill built on the top of a hill in Shenzhen's Guangming New District collapsed on December 20, flooding an industrial park area with a river of soil. The disaster killed seven people and left 75 missing as of December 26, the official Xinhua News Agency reported.

Zhongye Changtian International Engineering Co. Ltd., a state-backed company in the central province of Hunan, was hired by Guangming's urban management bureau in April 2011 to design the landfill to store dirt taken from building sites, an official document viewed by Caixin said.

It is unclear why Zhongye Changtian did not put its safety stamp on the blueprint.

The landfill started operations in January 2014 even though the blueprint lacked a safety endorsement, the person close to Yixianglong said.

J-star asked to see the facility's blueprint in September, but Yixianglong did not produce it, said Bian Yuxiang, J-star's deputy manager.

To meet J-star's requirements, Yixianglong scrambled to find an architecture firm to give the blueprint a safety endorsement, the person close to the architecture firm said. "The (architecture) company was only qualified to endorse public works projects at that point, whereas the landfill is considered a more complicated project," the person said.

The architecture firm agreed to endorse the blueprint on September 30, the person close to Yixianglong said. Yixianglong paid the firm 31.8 thousand yuan, he added.

J-star also found in its examination of the facility that soil stored at the site was not being properly compressed, Bian said. Four days before the landfill collapsed, J-star suggested that Yixianglong suspend operations, but work continued anyway, he said.

A dozen employees of Yixianglong and other related organizations, including Yu, have been detained, the Shenzhen police said on social media on December 28. Xu Yuanan, a former head of the district urban management bureau, had committed suicide by jumping from a building, police said in another post.