Spending on Rail Lines, Trains to Hit 3.8 Tln Yuan over Next Five Years 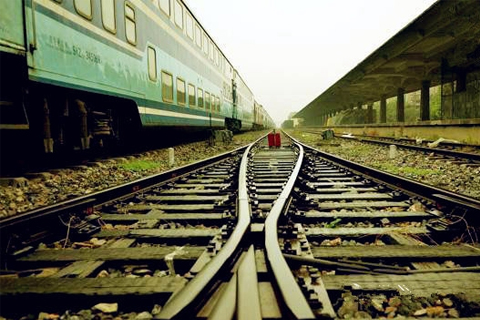 (Beijing) – China plans to spend 3.8 trillion yuan in railroad infrastructure during the 2016-20 period, an official document viewed by Caixin shows.

The investment is a part of the country's grand 13th Five-year Plan, a roadmap for the nation's development from 2016 to 2020. The plan is still being formulated.

The government will build 30,000 kilometers of new track over five years, the plan says. The goal is to develop a national passenger network linking cities of more than 200,000 people by 2020.

The plan includes building 44 bullet train lines. Some 5,000 kilometers of high-speed rail will be constructed to connect populous regions, with priority going to the economic hubs of Beijing, Tianjin and neighboring Hebei Province; the Yangtze River Delta; and the Pearl River Delta.

Six lines, both high-speed and slower trains, will be built in the central and western regions of the country where the economies lag behind, the document said. The government wants to build a 90,000 kilometer rail network in those regions by the end of the plan.

Another 800 billion yuan will be spent on research, buying new train carriages and equipping all passenger trains with air conditioning, according to the document.

The government tends to be conservative in its estimates in these drafts, said an official from the China Railway Corp. (CRC), operator of the rail network. The final investment plan could surpass 4 trillion yuan, he said.