Chinese Banks to Pay Much Smaller Fees to Apple Pay than U.S. Counterparts 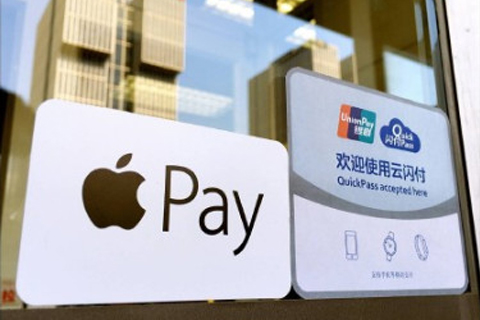 (Beijing) – Apple Inc. will earn fees from Chinese banks when customers use its mobile payment service for purchases, but they will be about half of what the U.S. tech giant charges in the United States, people with knowledge of the matter say.

Apple Pay, which allows iPhone users to make mobile payments by waving their phones at store checkout readers, arrived in China on February 18.

Chinese banks have agreed to pay around 0.07 percent of each transaction to Apple, the sources said. Apple Pay reportedly collects 0.15 percent of each purchase from banks in the United States.

Apple will start collecting the fees in two years.

Apple started negotiating with major Chinese banks and UnionPay over profit-sharing and technical issues in 2014. The talks stalled, apparently because Chinese banks argued the charges were too steep.

"Apple is tough but so are the four banks," one employee of one of the Big Four said. "The final agreement is a result of compromise from both sides."

A deal was reached in December as Apple announced 15 Chinese banks, including the nation's biggest lender, Industrial and Commercial Bank of China, agreed to let customers link their bankcards to Apple Pay. Four more banks joined the partnership later.

"These 19 banks will pay Apple the fees at a discount, but banks that get on board later may not have the leverage anymore," a person with the knowledge of the mater said.

Apple Pay consumers can make payments by passing their smartphones near point-of-sale terminals at stores. Purchases will be completed via near-field communication (NFC), a short-range wireless technology that lets Apple devices and banks exchange information.

This method is more efficient than the one used by Alibaba and Tencent, which require their users to open mobile applications and scan a quick response code, one analyst said. Some experts argue the NFC system is safer than an Internet-based approach because it is more difficult for hackers to abuse the technology.

Mobile devices using the NFC system add another layer of security to the transaction by generating a unique number when users add a card to Apple Pay. That "token number" will be encrypted and sent to banks with a one-time security code during transactions.

However, only about 60 percent of POS terminals in China have NFC technology, Dong Junfeng, a vice manager of Bank of China's Internet finance department, wrote in a commentary published by Caixin.

Apply Pay got off to a wobbly start on its first day in China as many smartphone users encountered problems signing up for the service. The problem was mostly resolved the next day, another bank employee said.