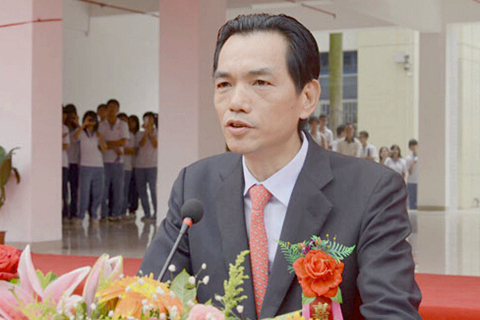 (Beijing) – One of the country's top insurance companies said on February 22 that its chairman has been detained so he can help authorities investigate corruption.

Zhang Jun, the head of Fude Insurance Holdings Ltd., "is assisting relevant Chinese authorities with an investigation," the company said in a short statement.

Zhang's case is a "personal matter," the statement said. Fude Insurance is "not being investigated or being asked to assist the investigation."

The company provided no details about the probe, but people with knowledge of the matter said Zhang's detention has to do with an inquiry into Liu Zhigeng, a vice governor of the southern province of Guangdong.

Zhang was taken away on February 5, a person familiar with the situation said. A day before that, the Communist Party's graft buster announced it is investigating Liu for "suspected serious violations of discipline," the party's preferred phrase for corruption. Liu allegedly protected the sex industry in Dongguan during his time as party secretary of the city from 2006 to 2011, people familiar with his situation said.

Zhang met Liu in the southern city of Shenzhen in the 1990s when Liu was a district party secretary, a source with knowledge of the matter said.

Zhang, 53, was born in Puning in the eastern part of Guangdong. Before entering the insurance industry, he built a fortune by making electronics components and real estate.

Funde Sino Life announced at an annual conference in January that it took in 160 billion yuan worth of insurance premiums in 2015, growth of 133.7 percent from a year earlier. This was the third most premiums of any company in the nation, after China Life Insurance (Group) Co. Ltd. and Ping An Life Insurance Co. Ltd., the company said.