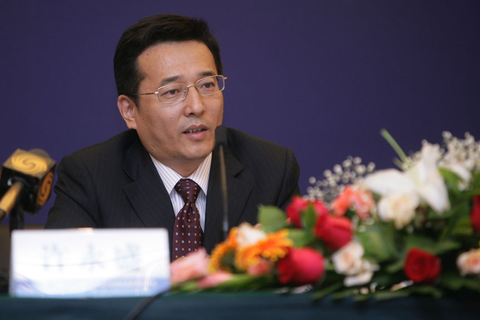 (Beijing) – A former deputy director of National Energy Administration (NEA) on trial for taking bribes has pleaded not guilty because he says the charges are based on a false confession that was extracted via torture and intimidation, according to a person who attended the closed-door trial.

Xu Yongsheng, whose one-day trial was held in Beijing No. 1 Intermediate People Court on February 23, is accused of accepting more than 5.6 million yuan in cash and gifts from eight state-owned companies, court documents seen by Caixin show.

Prosecutors allege that in return, Xu helped the firms gets licenses to build 27 power plant projects from 2008 to 2012.

Xu, who served as the head of an NEA department overseeing power projects during that period, denied in court that he took bribes and gifts, the person at the hearing said. He said the only gift he took was a massage chair, which was a gift from an old friend.

Xu said in court that he told police and prosecutors he took the money and presents because they tortured him after he was detained in May 2014. The torture included sleep deprivation and intimidation by police officers and prosecutors.

Xu's lawyer, Xu Ping, told the court that his client was interrogated more than 100 times, the source said. This included 27 interrogations during a two-week period when he was held at an unidentified location that lacked surveillance cameras.

Xu told the court that he was once forced by interrogators to sit on a certain "chair" until his backside began to bleed, the source said.

It was unclear what type of chair that was, but human rights campaigners have said that police and prosecutors in China use special chairs when torturing suspects.

Xu also told the court that investigators also threatened to detain his wife to see "how their teenage son would live on his own."

"This threat alone was enough to force me to succumb," Xu said, according to the source at the hearing. "I later admitted to their accusation that I took money to help China Datang Corp. get a license to build a power plant in Zhuzhou, in Hunan Province," Xu told court, the source said.

The source added that Xu broke down in tears several times during the hearing.

Most trials of high-ranking officials accused of graft are closed to the public.

Xu's lawyer also told Caixin's source that some of the threats made against h client were grim. A female investigator once threatened to cut off Xu's head and place it as "an offering under the Communist Party flag," the lawyer said. The investigator also told Xu he deserved the death penalty for what he had done "because a county party secretary in Chongqing was executed for only receiving a leather overcoat."

It is unclear what case the investigator was referencing.

Xu, 50, became deputy of the NEA's power plant department in December 2012. He is among several top officials from the powerful central government administration to run afoul of corruption busters and prosecutors since party boss Xi Jinping launched his broad fight against graft in late 2012.

Former NEA director Liu Tienan was sentenced to life in prison for taking bribes totaling 35.6 million yuan from 2002 and 2012.

Court documents show that Datang and five other major companies controlled by the central government, including China Huaneng Group and China Guodian Corp., bribed Xu. The other two firms were run by the governments of Zhejiang and the capital.

It is unclear whether any officials from these firms have been arrested or charged.

The court did not issue a verdict, the source said.