Outsiders Too Worried about Our Economy, Advisory Body Official Says 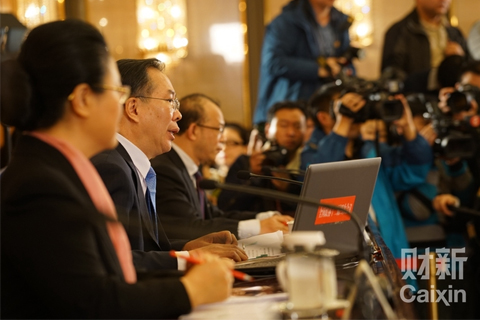 (Beijing) – Foreigners are too worried about the country's economy, the head of the country's top political advisory body said, as the annual political spectacle in the capital known as lianghui started on March 3.

The 2,200 delegates of the Chinese People's Political Consultative Conference (CPPCC) kicked off the lianghui, which translates as two meetings, by putting forward proposals for the government to consider.

The other half of the lianghui, the National People's Congress (NPC) with its roughly 3,000 members, starts its annual conclave on March 5. Both the NPC, which acts as China's legislature, and the CPPCC will hear reports from officials on the work of the government.

A major attraction of the lianghui will be Premier Li Keqiang's address to the opening of the NPC meeting. The premier always gives a report to lawmakers on the government's priorities, growth goals and other matters, and many people expect Li to offer some ideas on how China will navigate the shoals of a slower economy.

If comments by Wang Guoqing, the spokesman for the CPPCC, at a press conference are any indication, Li will express confidence that the difficulties are manageable. Wang said the economy will not be jolted by any hard landing and suggested doomsayers abroad were off base.

I've seen some foreign comments stirring up the fear that China will have a hard landing, but this concern is not necessary, Wang said. These people are too worried. If they want to jinx China, the result may not satisfy them.

One idea a CPPCC member had for the country's education system might satisfy young boys, but seems unlikely to gain any traction with anyone else. Zhu Xiaojin, vice chancellor of Nanjing Normal University, suggested that boys start school at eight years old instead of six because they are too rambunctious to learn, the Modern Express newspaper reported.

Boys could use the two years to play as much as they want and unleash their nature, Zhu said. When reporters asked him whether this view is sexist, he said: This is not gender discrimination. I went to school at age six and there were a lot of good girl students around. I had low self-esteem when comparing myself to them.

Wang Hui, a professor at Tsinghua University in Beijing, presented another idea for education reform, suggesting that the government earmark more funding for teachers in the poorest parts of the country.

The number of students from the countryside who are attending Tsinghua has fallen sharply in recent years, he said, blaming the problem on a gap in educational opportunities between rural and urban areas. Raising the pay levels of teachers in rural areas could help narrow it, Wang said.

Also, Zhu Zhengfu, the vice chairman of the All China Lawyers' Association, the country's version of a bar association, suggested authorities should stop forcing people suspected of crimes to confess on television because the statements cannot be used in court and could mislead the public.

Suspects were likely only confessing in a bid to get lighter punishments, Zhi said.

Several people have appeared on state broadcaster CCTV to admit crimes over the past two years. One, a woman named Guo Meimei who caused an uproar by flaunting a lavish lifestyle online and falsely claimed to work at a charity, appeared on CCTV to admit she worked as a prostitute, but was never charged with that crime.

The CPPCC meets until March 14, but there has been no word on when the NPC closes. Last year the two meetings ended on the same day.