A Lack of Vision in China's Internet Companies 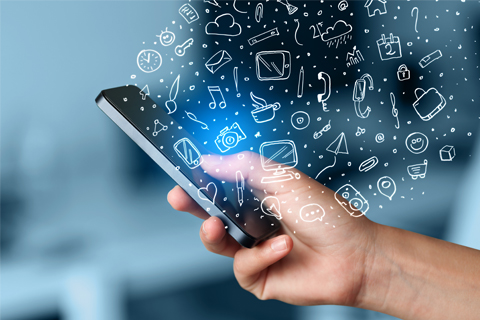 About two years ago at a conference on big data, the chairman of the Shenzhen-based genome sequencing company BGI Genomics Co. Wang Jian argued that his company should be seen as a big data company and thus get the attention and valuation of most Internet companies.

His argument inspired me. I think that not only BGI but another company in Shenzhen, the drone maker DJI, should be treated as a big data firm.

China's Internet industry has been lackluster over the past two years. Few successful companies, with massive cash in hand, have continued investing in mergers and acquisitions targeting Web or mobile-based consumer service providers. Instead, expansions are mainly focused on the already mature Internet market.

Meanwhile, smaller firms have been busy delisting from the Nasdaq and seeking opportunities in the domestic stock market. Entrepreneurs eyeing the mobile Internet arena are either copying business models overseas or seeking new niches among existing market segments. Both are mainly looking at the downstream portion of the industry.

Innovation is barely seen. And big news that excites the market usually involves mergers among major companies in the same sector, activity the media interprets as the Internet industry thriving.

However, if we look beyond China, the Internet field is undergoing profound changes globally and breaking through long-established barriers. The industry needs to be redefined.

Traditional Internet companies, both Net and mobile-based, are still the main players in the sector, but their growth has peaked. Future expansion will be slow and none of these firms are likely to see a surge in market value.

A new frontier of the Internet industry is to collect and analyze data from platforms other than personal computers and smartphones. For instance, using genome sequencing technology to serve medical research, as BGI does. That company is mainly focusing on business-to-business services, but if it turns its attention to individual customers, like the U.S. personal genomics and biotechnology company 23andMe, it will be no different than any other Internet company with which we are familiar.

Another example is using drones for photography, transportation and security services, like DJI. The company targets both corporate and individual clients. If it develops projects similar to Google Earth or the Apple Store, it will also become a typical Internet company. Other new platforms for data collection include wearable equipment, manufacturing databases and platforms based on sensor technologies. All of them engage in collecting data from human activity and the world at large.

Another new frontier is creating new products, like 3-D printing and driverless cars. China lacks any company of note in this field.

These new fields share a similar business model because they all involve the process of digitization and data exchange based on the Internet to create new products and services. Over the past couple of decades, the Internet sector has focused on human activities, but it is now expanding far beyond that.

Google has announced a restructuring to put more resources into research of unmanned driving systems, biological sensors, artificial intelligence and more. Facebook has acquired Oculus VR, a leader in virtual reality technology. But in China, companies' interests have remained in the traditional Internet arenas, indicating a lack of long-term vision.