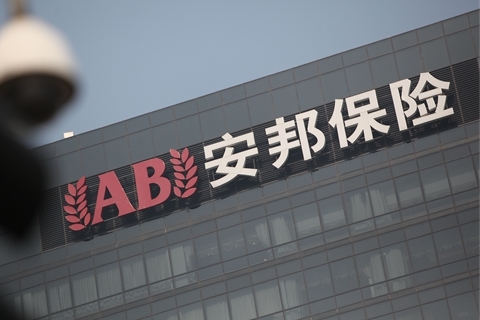 (Beijing) – China's insurance regulator is set to reject two plans by Anbang Insurance Group, including one that could have seen it take over America's Starwood Hotels and Resorts Worldwide Inc., owner of the Sheraton and Westin brands.

A person close to the China Insurance Regulatory Commission said the regulator had "clearly a disapproving attitude" toward both plans because completing the deals would break rules banning insurers from investing more than 15 percent of their assets abroad.

The other investment would have seen Anbang bid for luxury hotel manager Strategic Hotels & Resorts Inc., which is owned by the investment firm Blackstone.

Public records show the 11-year-old insurance and investment company has spent almost US$ 7 billion, or 43.8 billion yuan, on foreign acquisitions since 2014. It bought the Waldorf Astoria, a landmark hotel in New York, last year.

The latest proposals would have cost the firm another 127.8 billion yuan.

Anbang Group has not said how much it owns. Public data on its subsidiaries show its two main operating arms, units providing life and property insurance, had assets of 120 billion and 209 billion yuan, respectively, at the end of 2014.

Anbang Group also owns 35 percent of Chengdu Rural and Commercial Bank, which at the end of 2014 had assets worth more than 620 billion yuan.

The government's capital requirement was just one of the reasons the regulator gave for opposing Anbang's plans to acquire Starwood and Strategic Hotels, the source said. He did not say what the others were.

A consortium led by Anbang offered to buy Starwood for US$ 12.8 billion on March 14, outbidding Marriott International Inc., which offered US$ 10.8 billion. It raised the offer to US$ 13.2 billion four days later, but was bested by Marriott, which said it would pay US$ 13.6 billion.

Starwood said it accepted Marriott's offer, but since the deal was not completed, analysts said it could back out if Anbang made an offer high enough to cover any penalty costs.