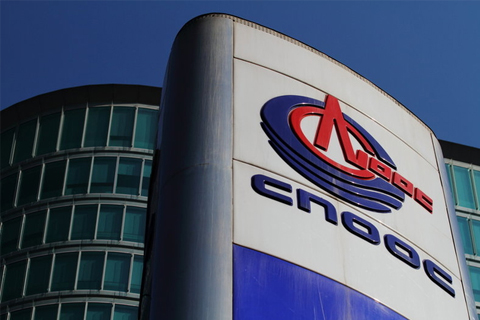 (Beijing) – The country's third largest oil producer in terms of production reported 2015 net profit of 20.25 billion yuan, 66.4 percent less than the figure a year earlier and the weakest since 2004.

State-owned China National Offshore Oil Corp. Ltd. (CNOOC) said in a financial report released on March 24 that it had revenue last year of 171.43 billion yuan, a year-on-year drop of 37.6 percent.

The slump in profits was caused by low international oil prices, which showed no sign of recovering quickly, CNOOC executives said. In response to falling prices, the company cut labor costs by just over one-fifth and exploration costs by 14.1 percent last year, the financial report shows.

One of the company's biggest overseas investments, Nexen Energy, an oil and gas company in Canada that CNOOC acquired for US$15 billion in 2013, has struggled to pull off a business turnaround. Nexen Energy announced a plan in March 2015 to lay off 400 workers amid falling oil prices.

An explosion at a Nexen Energy facility killed two workers in January. CNOOC executives said that after the accident the company cut production to one-third of its 50,000 barrel-a-day capacity.

PetroChina said its profits plunged mainly because the average price of crude oil last year was only US$ 48.35 per barrel, half of the 2014 level.