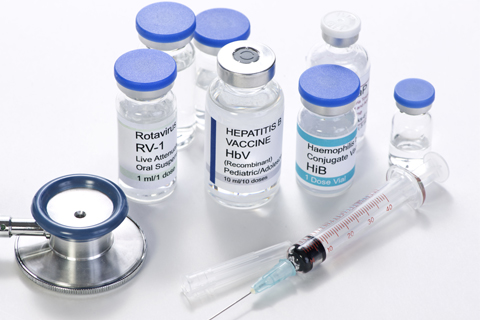 Since the world's first vaccine, one for smallpox, was developed more than two centuries ago, hundreds of millions of lives have been saved around the world.

To improve this country's vaccine programs, three years ago the China Food and Drug Administration (CFDA) developed a program to oversee production, distribution and inoculation that met international standards established by the World Health Organization.

In March 2013, the WHO included China on its list of potential suppliers of safe vaccines to the international community. This means domestically made vaccines are eligible for bulk purchases by the UN Children's Fund in some 152 low- and middle-income countries.

In return, the CFDA said it drew up detailed measures to ensure the safe transport and storage of vaccines, and obligated public health regulators at all levels of government to tighten oversight of the market via frequent inspections.

Chinese vaccine manufacturers have not only made progress by cracking the international market, which was dominated by big drug companies in the West, but it also churned out a vast range of vaccines widely used at home each year.

However, the recent news about the illegal dealing of flawed vaccine products worth hundreds of millions of yuan by an unlicensed trader in the eastern province of Shandong underscores the failure of regulators to supervise the market.

The dealer, a 47-year old former pharmacist from the provincial capital of Jinan, had been selling vaccines without license for five years before she and her daughter were arrested in April last year.

Jinan police said the woman and her daughter procured vaccines worth 260 million from 107 suppliers and resold them to 193 retailers in 24 big cities and provinces, including Shandong, from 2010 to 2014.

To illustrate just how little oversight there was over the market, the dealer went back to her business shortly after she was handed a suspended three-year prison term for illegally running a vaccine business in 2009.

The vaccines she traded, which were both for children and adults and included shots for polio, the flu, hepatitis B and rabies, were made by licensed drug companies, officials in Jinan said. But the pair did not have proper refrigeration facilities in their warehouse and often simply delivered their products in ice boxes on long-haul buses that took days to reach their destination to cut costs, police said.

Most countries, such as the United States, require vaccines to be stored in refrigeration facilities and transported at temperatures between 2 and 8 degrees Celsius for no more than 48 hours. Failure to comply with these requirements could make the shots ineffective.

To assure the public that its vaccines are of the highest quality, the CFDA for years pushed for an electronic tracking system that would allow regulators to track the movements of drugs and vaccines from pharmaceutical companies, distributors and hospitals.

But it turns out that the system does not cover all suppliers, distributors and hospitals, which could help explain why drug regulator did not raise the red alarm over the scandal in Shandong before police came across the pair's wrongdoing during a routine inspection.

As such, food and drug regulators and police around the country have so far only been able to track a few of the people linked to the unlicensed dealer and a small portion of the vaccines they handled.

As law enforcement and public health authorities continue searching for the people involved, the scandal should prompt regulators to reflect on the ways they handle vaccines and drugs. It should also give the authorities a sense of urgency regarding the need to improve safeguards covering vaccines.