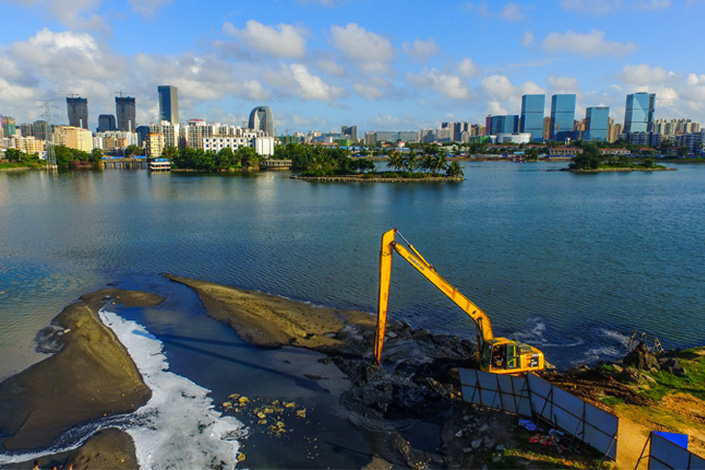 Provincial cadres and local officials in China will now be directly responsible for managing rivers in their areas, a move aimed at clarifying who is responsible for reducing pollution, maintaining water quality, overseeing waterway usage, and other issues.

The Communist Party’s Central Committee and the State Council announced policy guidelines Sunday that local governments should develop a system in which each major river or lake is assigned at least one “water manager” at township, county, city, and provincial levels of governance. If a body of water passes through more than one region, it will be assigned a water manager in each region.

Responsibility for water management in China is currently split between dozens of different ministries and agencies, such as the State Council, the Ministry of Water Resources, and the Ministry of Transportation. Each handles a different aspect of water resource management.

In 2007, when a toxic blue-green algae bloom threatened the massive Lake Taihu in eastern China, it was unclear who exactly was responsible for clean-up efforts, state news outlet Xinhua said.

A “water manager” system is already in place eight provinces. Sunday’s guidelines aim to roll out the system to an additional 23 provinces and regions.

“In recent years, regional governments have stepped up their management and protection of rivers and lakes, but serious challenges remain,” Minister of Water Resources Chen Lei said in an essay published in People’s Daily.

China’s Ministry of Environmental Protection recently released a report showing that levels of heavy metal pollution, including pollution in lakes and rivers, have gone down across China. But China’s water supply and aquatic ecosystems still face serious threats from other forms of pollution.