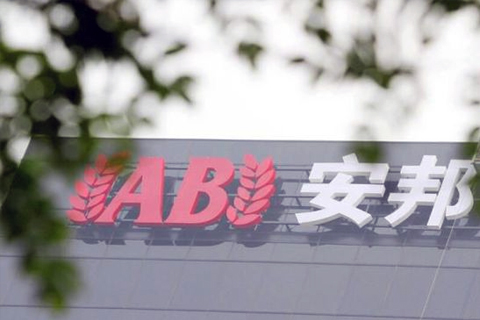 Anbang's diversity – as well as deep pockets – may explain why it is continuing with a global shopping spree, including a proposed US$ 14 billion buyout of Starwood.

Anbang also netted about US$ 6 billion in 2015 by specializing in "investor insurance" short-term investment products. It has thus cornered about four-fifths of the Chinese market for investment packages sold to retail investors that yield up to 10 percent, said an insurance company executive who asked not to be named.

Yet revenues pale beside the total assets of US$ 292 billion reportedly held in 2014 by privately controlled Anbang. And it's this cash pile, primarily tied to banking and properties, that's been tapped for a takeover campaign that started in 2011 and now targets Starwood.

Anbang has yet to disclose how it would finance the Starwood takeover with its investment partners Primavera Capital, a Beijing-based private equity firm also known as Chunhua, and the New York- and London-based private investment firm J.C. Flowers & Co.

But a source close to CIRC recently told Caixin the regulator might block the deal by invoking a rule that bars domestic insurers from channeling more than 15 percent of company assets into overseas investments.

Anbang last year paid about US$ 2 billion for the upscale Waldorf Astoria in Manhattan, and agreed to buy the Iowa-based insurer Fidelity & Guaranty Life for US$ 1.59 billion. In 2014, it bought Belgian insurer Fidea for 220 million euros and paid 219 million euros for the Dutch financial group Delta Lloyd's subsidiary Delta Lloyd Bank Belgium.

On March 12, the U.S. investment firm Blackstone agreed to sell Anbang its Strategic Hotels & Resorts Inc. firm – the operator of 16 luxury hotels and resorts in the United States, from the Four Seasons in Jackson Hole, Wyoming, to the Intercontinental in Chicago – for US$ 6.5 billion. Blackstone Chairman Steve Schwarzman said the deal is pending Chinese and U.S. regulatory approval and may take more than two months to complete.

The possible purchases of Starwood and Strategic, when added to previous buyouts, would bring Anbang's foreign investment outlays to some US$ 27 billion.

Anbang has yet said how much of its assets are "insurance assets," based on which the regulator said it would calculate how much Anbang could invest abroad. But a variety of non-insurance holdings are load-bearing pillars of Anbang's financial strength.

The 2011 deal for the Chengdu bank, which reported more than 620 billion yuan in assets in 2014, was Anbang's first banking investment. It now controls 35 percent.

Insurance holdings are comparatively few. Of the 1.9 trillion yuan in total assets reported by Anbang in 2014, the firm's property insurance division held only 209 billion yuan and the life insurance unit just 120 billion yuan.

Anbang has been competing against the American hospitality giant Marriott for Starwood's worldwide chain of 1,222 hotels, which include facilities operating under the Sheraton and Westin brands. A Marriott-Starwood merger would create the world's largest hotel group.

As of late March, the Chinese company had submitted the highest bid at US$ 14 billion, topping Marriott's latest offer by a whopping US$ 400 million.

Anbang joined the bidding war four months after Starwood executives agreed to sell the chain to Marriott, and just weeks before Starwood shareholders were scheduled to vote on the offer. If Anbang wins, Starwood will have to pay Marriott a breakup fee of US$ 400 million.

Anbang wasn't the only Chinese company interested in Starwood. Sources told Caixin that, since late 2015, the government sovereign wealth fund China Investment Corp., the Hong Kong-listed hotel chain operator Jinjiang International Co., and the Chinese airline-hospitality concern HNA Group had shown interest in acquiring the company. But apparently none has gone as far as Anbang.

Guo Jinpu, head of research for the Beijing-based broker Cinda Securities, said Starwood's good asset quality and sound financials make it a good target for Chinese investors. Moreover, the hotel business has enjoyed worldwide investment returns of up to 5 percent in recent years, he said.

Anbang considers hotels and other overseas investments as a path to higher returns, said an insurance industry analyst who asked not to be named.

Now "is the best time for insurers to make investments," said a source close to the conglomerate. "Anbang sees huge opportunity."

Anbang was founded in 2004 as a property insurer with seven shareholders and 500 million yuan in registered capital. The largest stakeholder, with 20 percent, was the Shanghai-based auto manufacturer SAIC Motor Corp.

Publicly accessible business registration documents indicate Anbang's current lineup of 39 private investors includes many obscure companies, such as auto dealerships and mine operators. Some of these firms share mailing addresses, and many of small shareholders are in some way connected to Anbang Chairman Wu Xiaohui, a businessman in the eastern province of Zhejiang, who is known for business acumen and a keen ability to win regulatory support.

After a series of fundraisers and shareholder changes, Anbang increased its registered capital to 61.9 billion yuan in 2014. The company's equity is now fairly evenly distributed among its dozens of investors.

Meanwhile, some big-name shareholders have pulled back. SAIC has let its stake in Anbang fall to 1.2 percent, while Sinopec's share in the firm is now just 0.5 percent.

An investment bank source who spoke with Caixin on condition of anonymity claimed Anbang intentionally arranged shareholder reshufflings over the years in order to skirt CIRC rules on insurance company ownership.

Under an old rule, a single investor could not hold more than 20 percent of an insurance company, nor could an individual or company commission another to hold a stake in its behalf. CIRC amended that rule in 2014 so that any single investor, with permission, could hold up to 51 percent.

Anbang in recent years has chosen to capitalize on booming demand for retail investment products in China. Some sources say the firm's investor insurance plans are now a major revenue source.

"Anbang was among the earliest" insurers to offer these products "and has continued doing so," said a property insurance firm source. "About 70 to 80 percent of investor insurance plans on the market are offered by Anbang."

But these products, which mature in a few months, may be putting Anbang at risk, said a rival insurance company's executive.

"Investors have to be repaid as promised even though many products don't achieve expected yields," he said.

Anbang's response to the economic climate at home has been to look overseas for growth targets, even though CIRC "clearly had a disapproving attitude" toward recent foreign investment plans including the Starwood deal, according to a source close to the commission who spoke with Caixin.

But regulatory frowns have yet to discourage Anbang. "Anbang has assets that far exceed 1 trillion yuan, enough to carry out foreign investment," said Wu, without explaining the assets and capital source for the deal.