Court in Hubei to Hear Case against a Major Chemical Producer 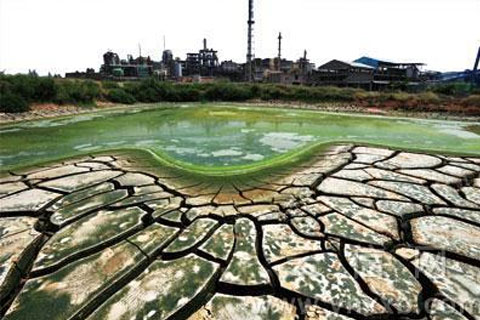 (Beijing) – A court in the central province of Hubei has decided to proceed with a lawsuit against a chemical company that contaminated over 33 hectares of forest land by discharging untreated wastewater and another fertilizer firm that allegedly aided it to break the law, an NGO said.

China Biodiversity Conservation and Green Development Foundation, a non-governmental organization in Beijing, said on its Weibo, China's version of Twitter, on April 2 that the court will hear the case filed against two subsidiaries of Hubei Yihua Group Co. Ltd., one of the major fertilizer and chemical producers in the country.

The lawsuit is among a handful of cases to get accepted among dozens filed by the NGO. The organization filed 21 cases from January to November last year, but only six have been accepted, the group's deputy secretary, Ma Yong, said.

An investigation found that a chemical producer, Hubei Yihua Chemical Industry Co. Ltd. in Yichang, a city on the banks of the Yangtze River, discharged wastewater produced when manufacturing sodium dithionite, a chemical compound used for lowering chlorine levels in tap water, in to a landfill used by its sister company, Hubei Yihua Fertilizer Co. Ltd., the local environmental protection bureau said in a statement on its website in September.

The wastewater had reacted with the residue of another chemical, phosphogypsum, which is a byproduct of making fertilizer and was dumped in the same landfill, the NGO said, and the toxic brew leached out resulting in the contamination of nearly 500 mu, or 33 hectares of land covered by forests.

The company was told to draft a plan to clean up the contaminated land within 15 days, the statement said. However, it failed to act.

In December, the NGO filed a lawsuit against Yihua Chemical Industry and Yihua Fertilizer, for aiding and abetting the company to break the law, said Wang Zhenyu, a lawyer for the environmental activist group.

The NGO wants the two companies to remove the remaining phosphogypsum residue from the landfill and take steps to restore the contaminated soil within three months, Wang said.

"Hubei Yihua has directly jeopardized the health of people living nearby," said Wang Wenyong, a director in charge of legal affairs at the environmental organization. Many villagers living close to the fertilizer company have been diagnosed with cancer and the NGO is preparing another lawsuit on behalf of them, Wang Wenyong said.

The court has not announced a date for a first hearing.

Non-profits working on environmental issues were allowed to sue polluters on behalf of the public under an amendment to the Environmental Law that came into effect in January 2015. However, only a few NGOs have stepped forward since the amendment, said Wang Can, a professor at China University of Political Science and Law in Beijing.