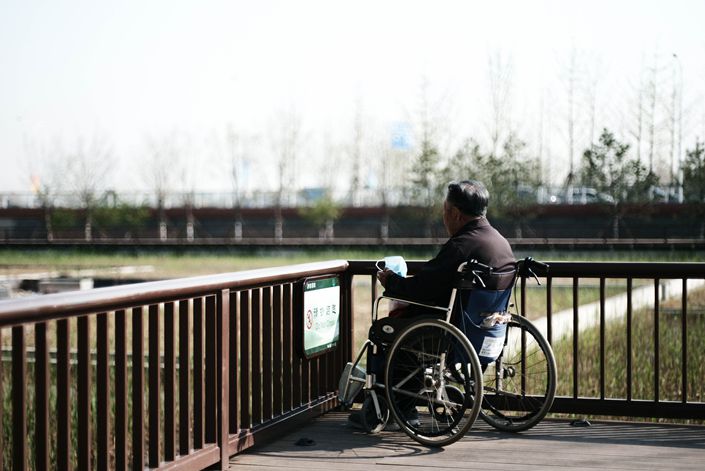 (Shanghai) – The government of Shanghai says that under new rules residents who fail to visit their elderly parents will get black marks on their credit records.

A new set of regulations released recently by the government of the eastern city says that adult children living apart from their parents should "visit or send greetings often." Parents who think their children are not fulfilling this responsibility can file lawsuits against them for neglect.

If the offspring still refuse to follow through with their obligations after a court tells them to, they will have their credit standing negatively impacted, Luo Peixin, deputy director of the city government's law office, said on a news conference on April 6.

The policy, which takes effect on May 1, is part of the central government's efforts to promote filial piety, an important aspect of Confucianism, as the country's population rapidly ages.

Beijing enacted a law in July 2013 aimed at compelling the children of parents older than 60 to visit their parents "frequently" and make sure their financial and emotional needs are met.

The law, titled the Protection of the Rights and Interests of the Elderly, lets parents sue their children for failing to take care of them.

The legislation has been criticized for being vague. It does not spell out how frequently children should visit and does not stipulate any punishments.

"There is no way to implement this law," Ding Jinkun, a Shanghai-based lawyer, wrote in a blog in 2013. "Neither will a person be punished if he violates the law."

A court in the southern city of Guangzhou heard four cases involving parents who took their children to court for a lack of emotional support in the 18 months after the law went into effect, the Guangzhou Daily reported. The judge in each case said the court could only facilitate conversations between sides and could not force children to visit home.

Luo said linking credit scores to filial responsibilities will ensure the law can be enforced.

Shanghai had 4.36 million people over the age of 60 at the end of last year, a figure equal to 30 percent of the city's population, official data show. The number is expected to surpass 5 million by 2018.