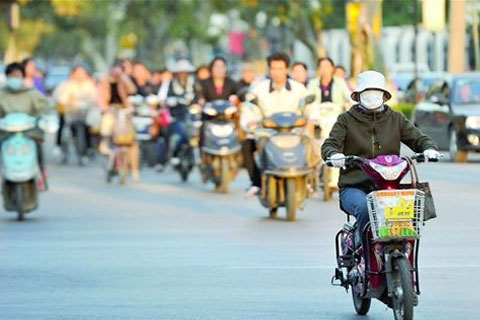 (Beijing) – A city in the southern province of Guangdong says it will pay the owners of what it calls "electric motorcycles" 500 yuan each to hand them in before they are banned, joining other cities taking similar steps to ease traffic congestion and make the streets safer.

The government of Huizhou, a city about 70 kilometers northwest of Shenzhen, said the offer runs from April 1 to September 30. The vehicles will be banned from the city's roads starting October 1, the statement said.