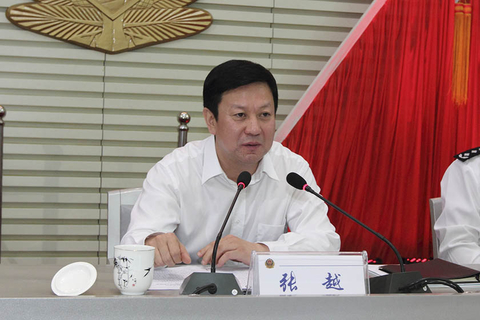 (Beijing) – A senior Communist Party official in Hebei Province who has been linked to a controversial businessman and a disgraced former vice minister of state security is being investigated for "serious violations of party discipline," a term usually taken to mean corruption.

The party's top graft buster, the Central Commission for Discipline Inspection (CCDI), announced the probe into Zhang Yue, the head of the northern province's Political and Legal Affairs Committee, on April 16.