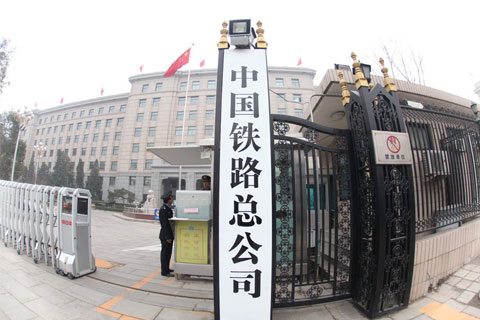 (Beijing) – The operator of the country's railroads says its debt pile rose to more than 4 trillion yuan in the first quarter of the year.

The announcement appeared in a first quarter audit report written by a firm hired by the CRC. The report was posted on the website of the China Central Depository & Clearing Co. Ltd., the nation's main state-backed bond clearinghouse, on April 29.

The CRC reported a net loss of 8.73 billion yuan in the first quarter, up 35.1 percent year-on-year.

However, the CRC's debt ratio fell from 66 percent as of the end of December to 65.2 percent because its amount of assets increased. The CRC's assets were worth 6.35 trillion yuan at the end of the first quarter, 12.19 percent more than in the same period last year, the audit report says.

Drops in rail freight were the biggest reason for the company's losses. The amount of rail freight fell by about 10 percent in 2015 from a year earlier, the largest decline the country has ever seen, Sheng Guangzu, the CRC's general manager, said earlier this year.

He blamed the slump on fewer shipments of bulk commodities such as coal and steel.

The freight falloff continued in the first quarter, with volume transported down 9.43 percent year-on-year to 788 million tons, the CRC said. Revenue from transporting freight also declined 14.59 percent to 52.11 billion yuan.

The rail operator said in January that it plans to spend 800 billion yuan on infrastructure this year. The first quarter report said it has invested 72.74 billion yuan in the first three months of this year, about 9 percent of the planned total.

In the face of mounting debts, the CRC has tried to find new ways to make ends meet, including performing its own train maintenance and selling ad space on tickets. It also plans to run bullet trains on overnight trips this year.