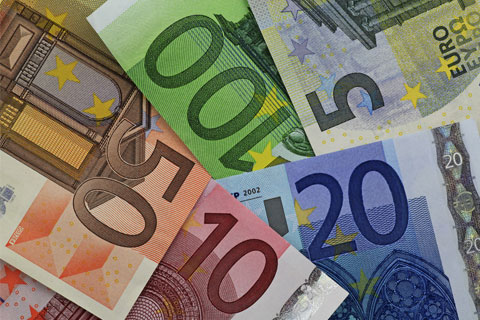 The European Central Bank (ECB) is taking bold steps to achieve its inflation target, but its policies are beginning to look desperate. The euro area and the ECB are suffering from the same problem: fiscal and structural policies are not playing their part, and monetary policy alone is not enough to kick start a meaningful recovery with inflation.

This is no surprise. Once inflation expectations are low and interest rates are at zero or negative, it is very difficult for monetary policy to change those inflation expectations – short of implementing outright helicopter transfers, which could involve putting ECB-created cash directly in to citizens' bank accounts. But such a step would essentially amount to a fiscal transfer to citizens, which, while effective, needs democratic legitimacy and political support.

Standard macroeconomic theory explains that in a low inflation, liquidity trap environment, monetary policy becomes less powerful. The experience of Japan's Abenomics confirms this. The massive purchase program in Japan has hardly shifted inflation expectations, and slow progress on fiscal and structural policies has prevented inflation and growth from picking up. The key is to get the combination of monetary, fiscal and also structural policies right.

Structural policies can play a decisive role. By creating favorable conditions for investment and by increasing the return on funds, governments can attract private investors. A higher marginal return should reduce the gap between excess savings and low investments. The key problem with structural reforms in most of our economies is that such reforms also have losers. For example, liberalizing the service sector would make investing in services more attractive and could create new jobs, but at the expense of those currently protected by regulations. Countries in the euro area are making some progress with these reforms, but the gap between official announcements and implementation remains large.

Fiscal policy is therefore another essential element to look at. In the euro area, it is hardly supporting the ECB to achieve its inflation target needed for the recovery. The euro area needs a framework that defines the role of national fiscal policies in supporting euro-area economic stability. In a recent paper written for the French Council of Economic Advisors, my colleagues and I have highlighted four main avenues.

First, in exceptional times, like the current one, governments must coordinate national fiscal policies to achieve a euro-area wide fiscal stance. In fact, with 98% of government spending at the national level, it is crucial that they co-ordinate their policies to ensure economic stability. In the current situation, it is particularly important that countries with fiscal space support growth and also inflation. In particular, the strong countries in the north need higher inflation rates.

Next, we propose that the maturity of debt should be extended automatically by two years in case the euro area needs to provide a financial assistance program to a country, whose debt is unsustainable. A solid financial system is a precondition for such a step. But it is important to prevent self-defeating fiscal adjustments in the future such as the one that has happened in Greece.

Third, national fiscal policies need to be more stabilizing and more sustainable. In particular, sound fiscal policies in good times are essential so that they can act as a buffer in bad times. At present, it would be unwise for countries with high debt levels to engage in additional fiscal easing.

Finally, the euro area needs to build an additional risk-sharing mechanism for large shocks. The creation of a European unemployment re-insurance model could usefully complement existing risk-sharing structures, and help cope with deep recessions. It could also be a useful starting point for a further structural convergence of labor markets.

The ECB's increasingly desperate attempts to stabilize the economy and inflation show that other policy areas are not delivering. Instead of calling for a different ECB policy, governments should do their part. Without bolder fiscal and structural policies, the ECB will be left alone to increase inflation with ever larger stimulus programs. A bold investment and reform strategy would boost confidence, create jobs and help achieve the ECB's inflation target. Otherwise, the euro area may end in a Japanese situation.

Guntram Wolff is the director of Bruegel, a Belgium-based think tank