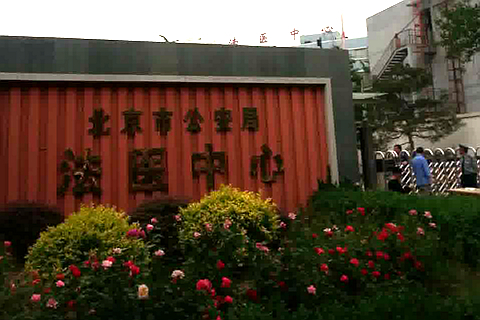 (Beijing) - Lei Yang left his Beijing home at about 9 p.m. on May 7 and about four hours later, his family learnt that he had died suddenly while in police custody.

The exact circumstances of Lei's death remain a question mark, because the results of an autopsy had not been published as of May 23 and police have not released video footage of the raid.

Lei was a graduate from the prestigious Renmin University in Beijing, and worked at the China Association of Circular Economy, a state-backed industrial association promoting the use of recyclable resources.

He was on his way to the airport to pick up relatives coming to see his new born baby, who was barely two weeks old, his family said.

The 29-year old was among six suspects detained by plainclothes officers during a raid at a foot massage parlor, a few blocks away from Lei's home, Changping district police said in a brief statement on its official micro blog on Weibo two days after the death. The foot spa, which was a front for an illegal brothel, the police said, and Lei had allegedly died of a heart attack.

Lei's family immediately published a statement refusing to accept the police explanation on May 9, saying Lei was in good health just before his untimely death. Lei played soccer regularly, the statement said, and neither Lei nor his family had a history of heart problems, it said.

The death sparked a heated debate on social media with hundreds of thousands of angry posts raising suspicions over police brutality and demanding accountability.

Lei resisted arrest and attempted to flee, the police statement said. Officers forcefully restrained him and he suddenly fell ill on his way to the police station in the area, police said. He was rushed to a hospital, but doctors were unable to revive him, the Changping district police said.

But there are several gaps in the police narrative. By the time Lei was admitted to the hospital at 22:09 p.m., he was already dead, a doctor at the emergency services unit at the Changping Hospital of Integrated Chinese and Western Medicine, where the police took Lei, told state-run China Central Television (CCTV).

The doctor who handled Lei's case said that the right side of his body and forehead were bruised and a small quantity of saliva mixed with blood was found in his mouth when he was admitted. Only an autopsy could determine the real cause of Lei's death, the doctor said.

Lei's family says they learnt about his death at about 1 a.m. on May 8. When they went to see Lei's body at the hospital at 4:30 a.m. his arms and head were covered in bruises, they said. The police guarding the corpse did not allow them to take a photo of Lei's body, the family said in a statement.

The district police promised to allow an independent agency to conduct an autopsy.

The family insists it must be done by an institution that is not under the influence of Changping District police, said Chen Youxi, the family's lawyer. The family is also demanding that an investigation team led by prosecutors from another district or city handle the case, and is asking for the police in Changping to submit all the evidence including surveillance camera footage to this third-party.

Finding evidence to clarify the chain of events that led to this murky death has proven to be challenging. There are two sets of surveillance cameras installed on the building opposite to the foot massage parlor that could have captured what had happened on the night of May 7, an employee working at a real estate agency in the neighborhood said. However, repair workers who came to check the cameras the following day had said these two cameras were broken, the property agent said, and "nothing had been recorded for several days."

Lei's classmates had requested for the footage from a surveillance camera at the entrance to the building where the foot spa was located on May 9, but those managing the property had told that this camera was also out of order, Lei's father-in-law, who wished to remain anonymous told Caixin.

"People told us that police officers had visited the property management office in the morning," the father-in-law said.

Lei's family, in their statement, raised other questions about how the police had handled the case. They said the police had deleted Lei's call log and any records of his whereabouts on his iPhone on the day of his death and two days prior to that. The entries posted by Lei on his private Wechat, a popular social network on the day of the incident and a few days prior to that, had also been deleted, his family said.

Police took to state television to quell doubts surrounding the incidents that led to Lei's death.

There were no surveillance cameras installed in the area where the raid occurred, said Xing Yongrui, a deputy head of the Dong Xiaokou Police Station in Changping District, in an interview with CCTV on May 11.

The police will release video clips of the raid, recorded by him and his team using mobile phone cameras "when necessary," he said

The officer also denied accusations that the police had deleted data from Lei's phone saying they did not have the technology to unlock an iPhone.

Xing, who led the raid at the massage parlor, said Lei had bitten an officer, while trying to resist arrest.

While he was being taken to a police station, Lei had jumped on to the front passenger seat and kicked the driver, forcing him to pull over and had jumped out, Xing said in his TV interview.

Officers caught him and handcuffed him before putting him in to another vehicle, he told CCTV. The officers noticed Lei "wasn't feeling well," a little later, said Xing.

Several witnesses who live near the massage shop told Caixin that they saw a young man being chased by several men in civilian clothing, and that he shouted for help before being wrestled on to ground by two men.

One of the men stepped on him to pin him down, one witness said. "He was lying face down and handcuffed and his forehead was bleeding," a witness who asked not to be named told Caixin.

When the Caixin reporter showed these witnesses a photo of Lei, they all identified the young man as Lei Yang.

Internet users left thousands of messages on Weibo account run by the Changping district police and other social media sites calling for an independent investigation. Some slammed the police for launching a media trial of Lei, even before an autopsy was carried out.

Another officer, Gao Chunzheng, said in an interview with CCTV that DNA tests on samples of semen found on condoms recovered from the massage parlor confirmed that Lei had engaged a sex worker.

A female suspect in custody appeared on state-run Beijing Television, also on May 11, and she said Lei had paid her 200 yuan for sexual services.

Police have gone to extreme lengths to frame Lei as someone soliciting a sex worker to shame him, an Internet commentator who went by the name Xingdongren wrote in a blog on May 16.

"But even if Lei Yang paid for sexual services, it is not an act that needs to be labeled as 'evil'," the blogger wrote. "What constitutes a real evil is that crooked police officers have broken the law in the name of justice and done something immoral for the sake of upholding moral standards."

The police public outreach campaign has failed to dispel doubts over the handling of Lei's case, said Ceng Ying, a columnist for Caixin.

"That is because officers are not trying to address public concerns, but instead they have sought to paint Lei in a negative light to justify the use of excessive force and to take away the focus from the way he was treated," said Ceng.

Lei's family said they filed a case with Beijing Intermediate Procuratorate Court on May 17 asking the prosecutor's office to investigate the officers involved in the raid. Lei's lawyer says the police have abused their power, caused grave bodily harm to the deceased and had falsified evidence.

"The officers had no proof that Lei Yang had paid for sexual services, but they detained him and beat him up, which caused his death in less than 50 minutes," his family said in the statement they submitted to the prosecutor's office.

"A young, healthy person has died as a result of police abusing their power," the family said.