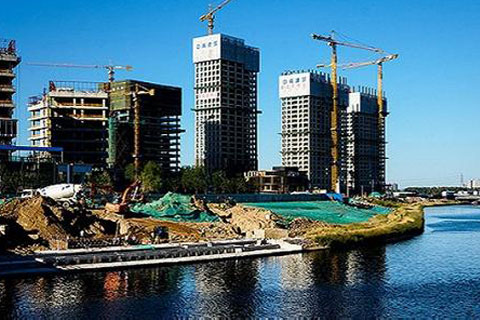 Those who own two or more homes in the capital will only be eligible for a household registration document, or hukou, in Tongzhou if they can prove their home in the district is their primary residence, the Tongzhou government said in a statement on May 27.

The rules, which took effect immediately, also takes away preferential treatment given to non-immediate family members of existing hukou holders in the district, when getting a household registration permit in Tongzhou.

The regulations are designed to prevent speculation in the property market and curb home prices from rising too quickly, said Zhao Hong, vice president of Beijing Academy of Social Sciences, a research institution under the Beijing Communist Party Committee. They aim to "distribute limited resources to people sincerely willing to work and live in Tongzhou," he said.

As of May 31, the average price of new homes in the district had jumped by nearly one third to more than 34,200 yuan per square meter from June 2015, data from real estate agency Anjuke Inc. show.

The new rules are also pushing out those who had bought homes outside Tongzhou, but previously enjoyed social services in the area through a "collective hukou" held by an employer in the district. These homeowners are now required to re-register their household permits in the district where they have bought apartments, the statement said.

Tongzhou's property market started to heat up after the city government announced a plan in June 2015 to relocate most of its offices and 1 million civil servants from the crowded downtown area to the district by the end of 2017, in a bid to tackle population growth, traffic and smog problems in the capital.

To ensure a smooth transition, the government will develop housing, education and medical facilities so that those who move to Tongzhou for work will choose to live there as well, Wang Yunfeng, former party secretary of the Tongzhou government from 2007 to 2014, said earlier this year.

The government wants to cap the number with residency rights in the region at 2 million when the relocation is completed, Li Shixiang, vice mayor of Beijing, said at a State Council news conference. By December, there were already around 870,000 hukou holders in Tongzhou.