Daughter of Former Security Chief of Shenzhen Tried for Graft 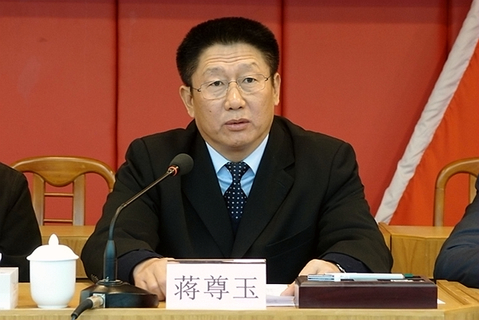 (Beijing) - The daughter of a disgraced former Communist Party official who oversaw courts and the police in Shenzhen stood trial for graft at a court in Guangzhou on May 31, a court statement said.

Jiang Dandan, 31, the daughter of Jiang Zunyu, who headed the party's Politics and Law Committee in the southern city, was accused of taking 910,000 yuan in bribes together with her father, prosecutors said.

Jiang Zunyu stood trial at the same court on May 16 and was charged with taking more than 70 million yuan in bribes between 1996 and 2014, court papers from his trial show.

Between 2010 and 2014, Jiang Dandan accepted 70,000 yuan in kickbacks from Tian Xiaohong, a subordinate of her father who headed a local government bureau overseeing the city's water facilities at the time, court documents from her father's trial show. In return, Jiang Zunyu helped Tian, a junior official at the city's water bureau get promoted, the documents show.

In 2011, Jiang Dandan received a Porsche sports car worth 841,800 yuan from a local property developer, after her father helped the businessman obtain land and redevelopment licenses, prosecutors overseeing her father's case said.

Jiang Zunyu was put under investigation for "serious violations of party discipline," a euphemism for corruption, in October 2014.

Another developer offered a 55 percent discount on a home worth seven million yuan, he sold to Jiang Dandan, prosecutors revealed during Jiang Zunyu's hearing.

Jiang Dandan pleaded guilty on all the charges brought against her. But her father, testifying at her trial, said his daughter received the luxury car and money on his behalf and that she was unaware of the agreements between him and his associates.

The court did not give a sentence at the end of the one day trial of Jiang Dandan. The case against her father is ongoing.

There were several cases where family members or close relatives of disgraced officials have been tried for corruption in recent months.

During another trial in late May, prosecutors charged Deng Weinian, the nephew of Li Chongxi, a former head of the top government advisory body in the southwestern province of Sichuan, for taking shares worth 14 million yuan in bribes from a private company in the provincial capital, Chengdu, in 2008. In return, Deng had promised his uncle would help the company obtain a land development license, prosecutors said. Deng's trial is ongoing.