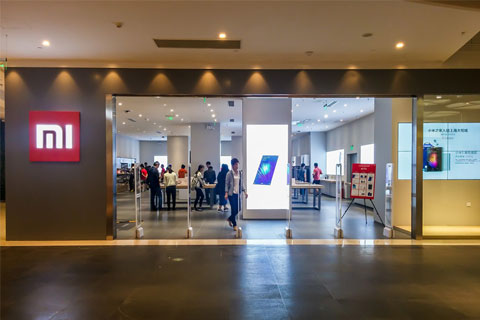 (Beijing) – Fans of popular Chinese smart device maker Xiaomi have got used to the swashbuckling moves from its founder Lei Jun.

But recent wobbly sales figures from Xiaomi Inc., the world's second highest-valued startup worth US$ 45 billion, has upset market analysts.

Lei's January announcement that the company failed to hit its annual sales target for 2015, after a solid 227 percent growth in handset sales in 2014, raised concerns about the future prospects of the company, that relies on the fast saturating smartphone market at home for growth.

In the first quarter, the total smartphones sold in the country dropped 4.9 million to 105 million units, compared to the same period in 2015, said Liu, and the sluggish growth is likely to continue until the fifth generation of wireless telecom networks are rolled out over the next few years.

Xiaomi's enthusiastic fan base gave a cold reception to its latest models, because according to Liu, they lacked attractive new features.

In 2015, the company unveiled a pricier, large-screen model, the Xiaomi Note, in an attempt to break into the high-end market dominated by the iPhone from Apple Inc. It also released three low-cost Redmi models last year. But demand has remained lackluster. Even a February launch of the latest model of its flagship product, Mi5, failed to make a splash, because it lacked a "wow" factor, analysts said.

The upstart failed to pick up steam, selling 12.8 million handsets in the first quarter of the year, an 8.6 percent decline from the same period in the previous year, data from CCID showed.

Xiaomi has been struggling to build an "ecosystem" of interconnected devices and services that range from a smart rice cooker to drones to deliver packages or take photographs. This year, the company also launched a new smart home appliance brand "Mijia," or "Mi-home." By March, it had invested in 55 startups with businesses ranging from Internet financial services, mobile games, e-commerce to smart home appliances and online health care services, company data showed.

Analysts are concerned that this attempt to spread its tentacles in all directions would distract Xiaomi from its core business. "It is unclear where Xiaomi will go," said one analyst.

But the team steering the company remained confident. Wei Lai, Xiaomi's vice president of marketing, told Caixin in a June interview that the management had a clear picture of the company's future.

"Xiaomi's development path has never changed," said Wei, and the company is eyeing to establish its brand in the high-end market.

It will roll out more competitive products this year and has invested more on research to improve the devices' battery life, camera and other features, said Wei.

Since launching its first software in 2010, and its first handset, the Mi1, a year later, Xiaomi has been one of the fastest growing smartphone makers in China, attracting a large number of devoted "Mi-Fans". But competitors are fast closing in on its heels and the company needs to win more users to weather the current rough patch, said a shareholder who asked not to be named.

Some smartphone suppliers and dealers interviewed by Caixin cast doubts on Xiaomi's ability to maintain high growth levels as seen in the past. A mobile phone supplier in Shanghai said that after years of fast expansion the company has now entered a stable growth phase. But if it doesn't roll out better products soon, a decline was imminent, he said.

The company is facing a squeeze in the mid-price range, which it has set out to dominate, as competitors quickly bridge the quality gap. "I feel that Vivo and OPPO are showing robust growth, while Xiaomi is declining," said a mobile phone company manager in Beijing. "Huawei Technologies Co. has remained stable."

Xiaomi was a pioneer of a maverick marketing model that included nail-biting flash sales, and placing online reservations months in advance.

But its effectiveness has frizzled off. "Xiaomi's Internet-based business model brought quick growth at the beginning, because traditional offline sales networks were inefficient," said a sales manager of a mobile phone maker in the southern city of Shenzhen. "But in recent years offline sales tactics have improved and has come close to beating online figures starting last year."

Deals made in brick-and-mortar stores accounted for around 80 percent of sales for OPPO and Vivo in the first quarter, company data showed. Huawei made more than 70 percent sales offline, Zhu Ping, president of the company's consumer goods division, said.

Xiaomi has been a notable absentee in the stock list of major mobile phone dealers, said the Shenzhen sales manager.

Last year, its production lines were also slowed down by problems with part supplies, said Wei.

Several parts suppliers could not keep pace with the company's manufacturing schedule as it grew, said Wei. Some components did not meet the technical standards and needed extra time to be reworked causing delays, but these bottlenecks have been cleared in recent month, he said.

In May, the founder, Lei, started supervising the research and supply teams himself.

But parts suppliers have been cautious about working with Xiaomi, amid rising market concerns about its sales outlook. "Although Xiaomi's shipment figures remain strong, its (declining) sales forecast has affected the supply chain. Many have decided to wait and watch," said one of Xiaomi's suppliers in Shanghai.

Xiaomi is expanding its sales network from online to offline, embracing brick-and-mortar retailers, said Wei. The company has set up sales booths in more than 100 outlets operated by the country's largest electronics retailer Suning Commerce Group. Lei said earlier that new Xiaomi models will be available at more than 1,400 Sunning outlets across the country this year.

Meanwhile, the company has rushed to open its own outlets and invited retailers to market Xiaomi devices through franchise agreements. By the end of June, the number of Xiaomi stores, where potential buyers can test its devices before purchasing, will total 30.

But the startup's ambitions go far beyond propping up its ailing handset sales. "In future, a mobile phone will be able to control different smart Xiaomi devices over the Internet," said a shareholder, giving a glimpse of the company's plans to expand into the world of Internet-of-Things. The sale of devices that can be controlled by a smartphone will reach 10 billion yuan in sales in 2016, said Xiaomi vice president Liu De. The company will also focus on research and development of robots, artificial intelligence, virtual reality technology and transportation this year, he said.

But, before it can realize this long term vision, the company needs to clear a more immediate hurdle. It must pour more energy into retaining its loyal users who are a cash cow for future businesses, the shareholder said, adding losing clients "is the biggest risk" for Xiaomi.