Intensifying Battle over Who Controls Vanke 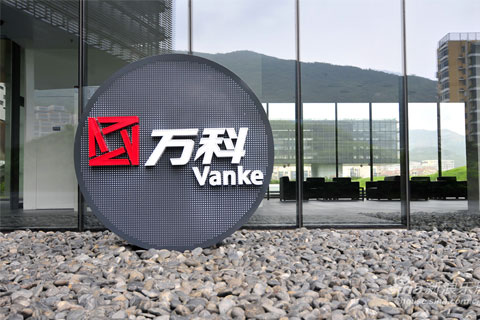 (Shenzhen) – Two companies battling for control of the nation's leading homebuilder China Vanke Co. have teamed up to fight a controversial asset restructuring plan through which a Shenzhen government-owned company would become Vanke's largest shareholder.

Shenzhen Metro wants to take the helm through a deal that would see Vanke issue 45.6 billion yuan worth of new company shares to buy its subsidiary Qianhai International.

The proposed acquisition, which Vanke's board voted to back in mid-June, would dilute Baoneng's stake to 19.27 percent.

Also opposing the deal is state-owned China Resources (Holdings) Co., a Baoneng rival that's now Vanke's second-largest shareholder. If Shenzhen Metro steps in, the China Resources stake would fall to 12.13 percent from 15.29 percent, making it the No. 3 shareholder.

By teaming up as Vanke's current largest shareholders, Baoneng and China Resources could potentially prevent the deal from passing at a general shareholders' meeting. The plan needs support from owners of at least two-thirds of all shares.

Shortly after Baoneng announced its opposition, a China Resources statement on a social network said Baoneng's position had been "noted." It also reiterated its challenge to the validity of the Vanke board decision.

China Resources and Baoneng oppose the plan on grounds that it would dilute the rights of existing shareholders and negatively impact Vanke's earnings per share.

China Resources was Vanke's largest shareholder for many years before last year, when the Baoneng subsidiaries started buying the developer's shares in large quantities on the secondary market.

Vanke founder and Chairman Wang Shi called Baoneng's move a hostile takeover and launched what's now an ongoing effort to shake off the controlling stakeholder. He now supports the deal with Shenzhen Metro, which some have called a white knight rescue plan.

Meanwhile, China Resources is looking for ways to reclaim the crown as Vanke's biggest shareholder, said an independent member of Vanke's board of directors, Hua Sheng, in a Shanghai Securities News article June 24.

"Apparently, the conflict over the preliminary (asset restructuring) plan between the opposing sides is fundamental and cannot be reconciled immediately," said Hua, who voted in favor of the Shenzhen Metro deal.

China Resources' three representatives on the Vanke board voted against the plan. Independent director Zhang Liping abstained, citing a conflict of interest. Seven others, including Hua and two other independent directors, voted yes.