In Depth: No Victor Yet in Battle for Developer Vanke 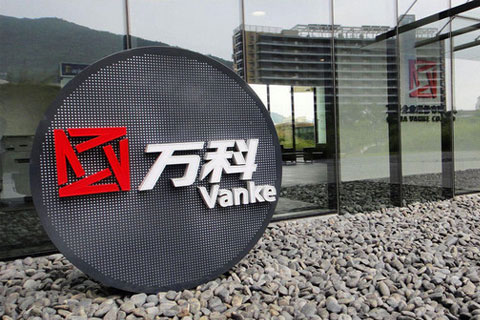 Shares in Shenzhen-listed Vanke, China's largest publicly traded developer by sales, on July 4 fell by the 10 percent daily limit to close at 21.99 yuan. More than13 million shares changed hands before the mandatory trading halt, which came barely a minute after the market opened.

It was the first day of trading following a six-month suspension imposed by the company in response to a takeover attempt by the privately held conglomerate and property developer Baoneng Group.

Shenzhen-based Baoneng is Vanke's largest shareholder by virtue of the 24 percent of company shares that two subsidiaries, the investment company Shenzhen Jushenghua Co. and insurance firm Foresea Life Insurance Co., bought in batches of shares between July and December 2015 for 43 billion yuan.

The high-profile battle for control of Vanke that began last year has pitted a camp led by company founder and Chairman Wang Shi and Baoneng founder and Chairman Yao Zhenhua, whose company has been accused of leading a hostile takeover with borrowed money and support from another major shareholder.

Baoneng's key ally appears to be state-owned developer China Resources (Holdings) Co., which has owned about 15 percent of Vanke since 2000. Wang's biggest ally is the Shenzhen government's subway operator Shenzhen Metro Group Co., which since March has offered to buy newly issued Vanke stock through a plan that would give it a larger stake than either Baoneng or China Resources.

The Shenzhen Stock Exchange is studying Vanke's new-share proposal. If the exchange gives a green light, Vanke's general shareholders – including Baoneng's subsidiaries and China Resources – would be asked to vote on the plan at a meeting that could be held as early as September.

Issuing new shares would require approval from holders of two-thirds of the company's stock. Baoneng and China Resources, which now control a combined 40 percent, could potentially block the deal.

But Baoneng's ability to continue the battle could be undermined if the July 4 selloff of Vanke stock continues. That's because the company partly financed the Jushenghua and Foresea stock purchases by raising money through wealth management products sold to retail investors in partnership with financial institutions such as by Hangzhou-based China Zheshang Bank, sources close to the company told Caixin.

The Caixin and other media reports raised questions among financial analysts about Baoneng's ability to shoulder the debt. The company responded by releasing its first-ever financial report, in January which pegged the assets of its real estate division at 120 billion yuan.

Baoneng complemented the financial report with a defense of its bid to control Vanke. The report "should attract attention in light of recent public comments that compare Baoneng's struggle for Vanke as a snake trying to devour an elephant," the company said in an email that Caixin received along with the financial statement.

Yao, the Baoneng chairman, has been motivated by the opportunity to blend his company's and Vanke's property businesses, a source close to Yao who asked not to be identified told Caixin. Vanke's property assets were valued at 611 billion yuan, according to the company's 2015 financial report.

Yao also sees value in working with China Resources, which before apparently taking sides with Baoneng was a longtime Vanke ally in terms of financial support.

But loans that financed the Jushenghua and Foresea purchases of Vanke shares are due this year and next, company documents obtained by Caixin showed. Altogether, the companies will have to pay 3 billion yuan in interest in one year.

The July 4 sell-off for Vanke shares thus did not bode well for the subsidiaries of Baoneng, which stands to lose money on the takeover deal if the stock price falls below 17 yuan a share, according to a Shenzhen-based private equity fund executive who declined to be named. Vanke's shares on the Hong Kong Stock Exchange, which were also frozen by the company on December 18 before the company allowed trading to resume January 6, have lost about 30 percent of their value since the resumption through the first week of July.

The fund executive apparently thinks Vanke's share prices in Shenzhen will continue to skid. "There's not much time for Baoneng," he said. "It must act quickly."

During the trading suspension for Vanke's Shenzhen shares, the secretary of the company's board of directors, Zhu Xu, said at a June 27 shareholders meeting, the exchange's composite index has declined 18 percent while property market index has fallen 28 percent.

But Baoneng's position may be better than some assume. For example, an analyst who declined to be named said Foresea will receive about 100 billion yuan from insurance premiums this year. And Jushenghua reported that as of June 2015 it had yet to tap 1.7 billion yuan of a 8.5 billion yuan total line of credit with several banks.

On the other hand, each subsidiary is burdened with a substantial debt load. Foresea, for example, raised 5.8 billion yuan last year through three, separate bond issues.

A source close to the regulators, though, said the inspection may have missed some of Baoneng's debt due to its complex fundraising arrangements linked to banks, wealth management products and insurance funds. Moreover, the source said, the company's risk may have been compounded by its use of its shares in Vanke, Jushenghua and Foresea as collateral for financing other projects.

Vanke survived a hostile takeover move in 1994, 10 years after the company's founding in Shenzhen. At that time, a government regulator stepped in to thwart an attempted takeover led by the brokerage Junan Securities, the predecessor of today's Guotai Junan Securities. The episode began and ended within a few days.

Baoneng's months-long battle for Vanke has been marked by far more twists and turns than the developer experienced 23 years ago. For example, the company through Jushenghua and Foresea in June tried unsuccessfully to replace each of the 11 members of the Vanke board.

The Vanke board July 1 rejected a Baoneng-inspired call for an extraordinary general shareholders meeting to discuss a board overhaul. Nevertheless, Baoneng may try again by taking advantage of its apparently friendly relations with China Resources.

The call for new directors followed a 7-3 vote, with one abstention, by Vanke's board members June 17 in favor of selling newly issued shares to Shenzhen Metro. The three votes against the plan were cast by China Resources representatives, sources told Caixin.

Vanke said the measure passed, but China Resources argued that it had actually failed.

In the eyes of China Resources officials, support was needed from at least two-thirds of the board members, which means at least eight "yes" votes were needed for passage. The firm has subsequently filed a complaint with the CSRC in Beijing. As of July 4, regulators had yet to respond.

China Resources' chief objection to the new-issue proposal was that, according to the company, shares sold to Shenzhen Metro would be underpriced, said Hua Sheng, an independent member of the Vanke board. But the argument may be a smokescreen, Hua said, because in his opinion what China Resources really wants is a way to re-take its former position as Vanke's biggest shareholder.

Six days after the shareholder vote, Baoneng issued a statement formally opposing the proposed deal with Shenzhen Metro. China Resources responded on a social network that it had "noted" Baoneng's position and reiterated its challenge to the Vanke board decision on new shares. Baoneng then proposed forming a new board before the current board's term expires in March 2017.

Sources told Caixin that Baoneng wants Wang to be replaced by Wu Xiangdong, who currently serves as executive director of the China Resources subsidiary China Resources Land Ltd. Wu could not be reached for comment.

Vanke employees in Shenzhen on June 30 protested Baoneng's board proposal and demanded the Shenzhen government to intervene to support the company management team.

On June 27, the Shenzhen Stock Exchange asked Baoneng and China Resources to publicly explain their relationship in connection with Vanke. On June 30, the companies in separate statements denied that they had been collaborating to take over Vanke.

Some industry watchers wonder whether Baoneng's intent goes beyond its stated interest in building up its property development-related business by working with Vanke and China Resources.

Fu Chengyu, a former Sinopec Group chairman, recently wrote in a commentary published by Caixin that Baoneng may want to use Vanke as a fundraising platform that supports its investment activities. Such a move would fundamentally change the priorities and values that have driven Vanke for decades, he said.

Fu urged regulators to intervene in the dispute to minimize the potential impact of a protracted battle over Vanke.

The conflict "highlights an increasingly urgent task facing authorities," Fu wrote. It's a task that should focus on "how to improve oversight of capital markets and regulate the behavior of directors, executives and shareholders."