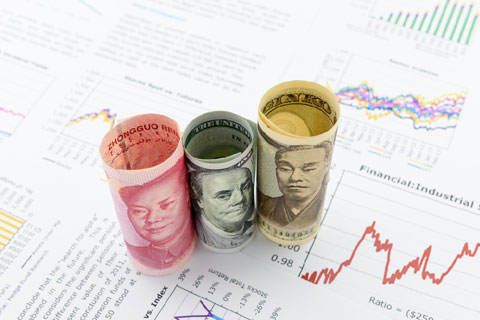 (Beijing) – An unanticipated increase in the Chinese central bank's foreign exchange reserve was probably caused by the appreciation of assets such as government bonds and it also signaled less state intervention in the yuan's exchange rate, analysts say.

The amount of foreign exchange held by the People's Bank of China grew by US$ 13.5 billion in June to US$ 3.2 trillion, according to data released by the central bank on July 7.

This is the largest single-month increase since April 2015, and it surprised most economists and analysts who had predicted the reserve would continue to fall in June, after a decrease of US$ 28 billion in May.

The growth was also unusual because the yuan depreciated by about 0.9 percent against the U.S. dollar in June. Normally, a cheaper yuan means investors would be tempted to move capital outside China, resulting in a decline in the reserve.

China's foreign exchange reserve saw monthly declines in 19 months within the two year period after it peaked in June 2014 at US$ 3.99 trillion. The largest contraction was recorded in December, when an interest rate hike by the U.S. Federal Reserve fueled a net outflow of US$ 107.9 from the reserve.

Analysts in general attribute the reserve's growth to the appreciation of assets' value, but views differ as to whether exchange rate fluctuations contributed positively to the change.

Xie Yaxuan, macroeconomic analyst at China Merchants Securities, said their research indicates that changes in the value of other currencies, especially the Japanese yen, relative to the U.S. dollar explained a US$ 10 billion worth of increase in the reserve.

But Liang Hong, chief economist at China International Capital Corp., an investment bank, wrote that changes in exchange rates actually eroded the reserve's value by US$ 8.7 billion, because the impact of a more expensive yen was overshadowed by that of a much cheaper British pound and a weaker Euro.

Liang argued that the reserve grew in June mainly because the value of sovereign bonds held in its investment portfolio had appreciated, resulting in a fair value increase of almost US$ 40 billion yuan, more than offsetting the contraction caused by exchange rate fluctuations.

"The price factor is usually overlooked in normal times, but under circumstances where a major risk event like the Brexit vote caused bond prices to change significantly, it would be as important a factor as exchange rates in affecting the valuation of the reserve," she wrote in a commentary on Caixin's Chinese website.

Analysts also argue that the central bank has reduced intervention in the foreign exchange market because attempts to prop up the yuan would have dented the reserve.

Since February, the value of China's foreign exchange reserve has fluctuated within a much narrower band than in the past, Deng Haiqing, chief economist of JZ Securities, wrote in a commentary on Caixin's website.

"This means the central bank is phasing out routine interventions" in the foreign exchange market, he wrote.

Next week, the central bank will publish the amount of funds outstanding for foreign exchange, which measures how much yuan liquidity it released to the market through banks that purchase foreign currencies from companies and individuals.

The data will show whether the central bank saw a net inflow or outflow of foreign exchange in June. Liang estimated that it would be a net outflow of up to US$ 17.8 billion, up from May's outflow of US$ 8.2 billion.