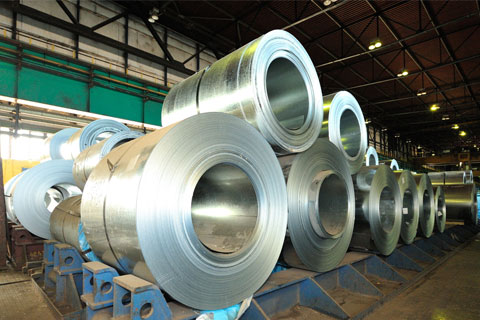 Based on a Caixin analysis of state media reports and company documents, at least six companies in the steel, mining and shipbuilding industries announced plans to acquire financial assets from state-backed parents between January and July.

Most of these companies have been disappointing shareholders for years by operating in the red and, more recently, coming under fire as targets of a government campaign to cut capacity in output-bloated industries.

Asset restructuring has thus been seen as a low-cost way to trim overcapacity and weed out weak companies, Wang added.

But market analysts say the government's strict rules for publicly listed financial firms may pose challenges for SOEs with restructuring plans. They note that the China Securities Regulatory Commission (CSRC) in June released a draft of proposed guidelines that would tighten regulator control of asset restructurings through shell company takeovers.

The guidelines are designed to curb speculation surrounding shell companies and backdoor listings. It's unclear when the new rulebook might take effect.

Regulators want to know "whether companies can really cut overcapacity through (asset) restructuring," said a central government official who declined to be identified. If these companies only want to boost stock prices by injecting valuable assets into a money-loser, the official said, the SOE reform project aimed at making state-owned companies more efficient and improving their finances will be dealt a serious blow.

But Wang said SOEs can safely and successfully inject financial assets into their listed units. Such a move can improve access to capital, reduce overcapacity, and give strong players the support they need to launch mergers and acquisitions.

Several analysts interviewed by Caixin said companies with a financial services injection goal should pay close attention to cutting inefficiencies after a restructuring. And the capital raised during a restructuring should be used to finance plant closures, they said.

As of July 18, regulators had approved only one restructuring initiative: an asset reshuffling that improved the bottom line for the state-owned mining and minerals processing conglomerate China Minmetals Corp.

CSRC and the State-owned Assets Supervision and Administration Commission gave two thumbs up after Minmetals' battery and electrical components producer Kingray New Materials Science & Technology in May revealed a plan to buy the parent's financial subsidiary, Minmetals Capital Holdings, for about 18 billion yuan.

Shanghai-listed Kingray reported losing 370 million yuan in 2015 and 28 million yuan the previous year, according to company reports. Because it suffered two, consecutive years of losses, the company was required under stock market rules to warn investors of a possible delisting.

The takeover of Minmetals Capital was part of a plan to revive Kingray and prevent a delisting.

Minmetals Capital said it earned about 2 billion yuan last year, up 50 percent year-on-year, through its leasing, futures trading, securities trading and asset management businesses. It also reported about 29 billion yuan worth of assets.

By acquiring Minmetals Capital as well as its subsidiaries, Kingray became a financial services company with a sideline business in battery and electrical components production. The sideline's future is unclear.

The deal did not change Minmetals' control of Kingray, so CSRC could not apply its new rule on shell company-related backdoor listings. The rule does not let companies raise funds by buying a listed shell company and issuing shares.

Nevertheless, in the wake of the takeover, Kingray said it planned to raise 15 billion yuan from private investors to support the restructuring and provide its new financial businesses supplementary capital.

A source close to Minmetals who asked not to be named said the conglomerate plans to use Kingray as a financial platform for channeling capital into its mining businesses and other subsidiaries.

One month before the Kingray deal, Jiangsu Guoxin Investment Group's shipbuilding subsidiary Sainty Marine Corp. Ltd. proposed buying the parent's trust business and some coal-fired power plant assets for 21 billion yuan. Sainty Marine is listed on the Shenzhen Stock Exchange but is on the verge of delisting after years of losses.

Regulators have yet to decide whether to approve Sainty Marine's proposed asset restructuring. The company is currently adjusting its proposal in hopes of winning government approval, state media reported.

Yet some restructuring plans have already failed.

Shaogang said in January it planned to sell its steel business in Shaoguan, a city in southern Guangdong Province, and buy Baosteel's trust and securities businesses, including Hwabao Securities and Hwabao Trust for an undisclosed amount. Five months later, citing concerns over the deal's cost, complexity and regulatory uncertainties, the company dropped the plan.

Shenzhen-listed Shaogang reported a 231 million yuan loss for the first quarter 2016 and more than 20 billion yuan in liabilities by the end of March, Caixin learned from sources close to the company.

"There is no way the company can repay its debts," said a source.

The source said the Shaoguan government had opposed the restructuring plan because it called for steel factory layoffs.