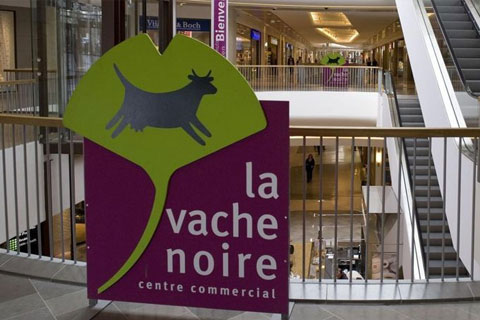 The interior of La Vache Noire shopping center in Paris, one of the 10 shopping malls acquired by China Investment Corp. in France and Belgium in 2015 for about 1.3 billion euros

CIC's overseas investments fell 2.96 percent in value last year, representing its first such loss since 2011, it said in its 2015 annual report released on July 22.