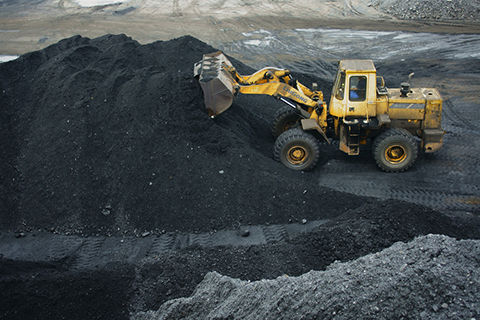 (Beijing) – China's banking regulator has signaled that steel and coal firms struggling to repay debt may be the testing ground for a much-discussed program in which bank loans made to troubled borrowers would be converted into equity in those firms.

A draft regulation is the latest development in the debt-for-equity scheme, which has raised high hopes but has been slow to get off the ground.

According to a document from the China Banking Regulatory Commission (CBRC), asset management companies (AMCs) owned by the central and local governments are encouraged to participate in the swaps scheme by investing in the so-called "backbone enterprises" that produce coal or make steel products.

China has four national AMCs all of which were established in 1999 to help state-owned banks dispose of their bad loans before they went public.

From May 2012 to July, local governments have created 27 smaller AMCs, which are modeled on the national ones but focus on regional issues with fewer investment options.

The draft regulation also tells banks to continue lending to firms that meet certain conditions, including those that have made progress cutting their production capacity, saying that they are different from "zombie enterprises", a phrase often used by Chinese officials to describe insolvent companies that should be closed.

The document has been sent to banks, AMCs and all local bureaus of the CBRC for feedback. It is unclear when the period of consultation may end.

Major concerns among bankers who talked to Caixin are that the draft is too vague and lacks measurable standards that could be used to decide whether a borrowing firm meets the conditions for support.

In the absence of clear definitions, banks have used a variety of criteria to decide whether an enterprise is a "zombie", including debt-to-asset ratios and whether normal operations have been disrupted, one of the bankers said.

There is also disagreement over what makes an enterprise important enough to qualify for debt-equity swaps. Some bankers said "backbone enterprises" refer to companies directly under the wing of the central government; others thought big enterprises supervised by local governments are also included.

The ambiguities made the regulation hard to grasp and may well cause it to fail if the CBRC does not revise it to provide further explanations, according to the bankers.

Proper screening is essential, said an executive from a large bank. It's crucial that the company chosen for a debt-equity swap have something worth saving, he said. In other words, it can have problems, but they must be "temporary" and solvable if the firm faces less liquidity pressure.

Otherwise, the firm would be dead anyway, and swapping loans for its equities would neither save it nor benefit the equity investor, the executive said.

The swap scheme has been viewed by Chinese policymakers as a win-win, because they think it would rein in bank bad loans and lower corporate leverage ratios by cutting their debt levels.

The amount of non-performing loans at Chinese banks has reached 2.1 trillion yuan as of the end of March, making up more than 2 percent of total outstanding loans, according to the CBRC.

Banks are sitting on another 5 trillion yuan worth of loans that required special monitoring, meaning that they are at risk of default, an executive at a state-controlled commercial bank said.

Progress has been slow on letting banks directly trade loans for equity in the firms they lent to because China's laws prohibit commercial lenders from directly holding equity in non-financial institutions without a special approval by the State Council, the country's cabinet.

But they can offload debt quickly to AMCs and let them worry about disposal.

The CBRC draft regulation did not say whether other types of financial institutions apart from AMCs would participate in the debt-for-equity swaps.