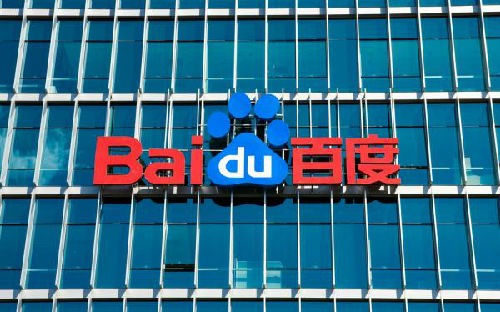 The government launched an investigation July 18 into whether Baidu allowed ad banners and pop-ups promoting illegal gambling websites to appear on search result pages at night.

The probe followed a May uproar over Baidu’s alleged tweaking of search results to promote quacky medical information and services. And in January, the company was criticized for selling moderator rights to companies seeking to control an online forum’s discussion topics.

After the forum controversy, Baidu stopped letting companies promote themselves on the Tieba discussion platform. After the medical search controversy, Baidu was required by regulators to rectify its paid-search business. And in July, the company blamed outside advertising agencies with which its regional sales offices cooperate for the gambling ad scandal.

Baidu share prices fell for weeks on the Nasdaq stock exchange in January and May, but stabilized in July.

Complementing Baidu’s struggle to explain missteps while defending its reputation has been an effort to diversify away from advertising, the largest source of its historically strong revenue stream.

Baidu’s dependency even exceeds that of U.S.-based search engine Google, for which 90 percent of its US$ 74 billion in 2015 revenues came from ads.

“Baidu’s problem has been that it solely relies on one business for its income,” said a Baidu mid-level manager who asked not to be named.

That’s now changing. Baidu has diversified by, for example, launching a mobile pay service in 2008, taking over the app store 91 Wireless for US$ 1.9 billion in 2013 and investing US$ 160 million in the group-buying site Nuomi.com in the same year. The company also paid an undisclosed amount last year for a minority stake in the car-hailing company Uber China, which plans to merge soon with Didi Chuxing Technology Co., and joining China CITIC Bank in a banking venture.

These moves followed an acknowledgement in 2013 by Baidu CEO Robin Li that, compared to other internet-related companies in China, the search giant “moved late” into the mobile internet arena and had “a lot of catching up to do.”

Last year, Li said Baidu would invest 20 billion yuan over the following three years to develop online-to-offline businesses in fields ranging from education and health care to transportation and travel services. He also said the company would pursue new innovation in areas such as self-driving cars and artificial intelligence.

Capital support for these pursuits have come from advertising sales, putting pressure on Baidu’s sales division. That pressure may have contributed to the credibility crisis.

One sales staffer told Caixin that Baidu headquarters increased his sales division’s targets to 1.1 billion yuan in 2015 from 500 million yuan in 2012. And Chen Deyang, general manager of an ad agency that formerly worked with Baidu, Jiangsu Shidewei Technology Co., said since 2014 Baidu has been fining ad agencies that fail to reach sales targets.

And the sales push may have indirectly contributed to the death of a 21-year-old man with cancer who died after information obtained during a Baidu search allegedly prompted him to accept questionable medical treatment.

The Cyberspace Administration on China launched an investigation into medical information searches and banned Baidu from ranking search results based on paid-search client payment levels. A new rule requiring that all search engines clearly distinguish between search results and advertisements takes effect September 1.

Li has been sensitive about threats to the company’s reputation. In an email to Baidu employees in May, he referred to the credibility crisis while urging staffers to “regain user trust.”

“Baidu could go out of business in just 30 days if we lose our users,” Li wrote.

Baidu has dominated China’s online search market since Google decided to hang up the gloves in 2010. Qihoo360 Technology and Sogou are small rivals.

Baidu ad sales representatives told Caixin they think the search engine will continue dominating its online niche for a long time. Whether the company can maintain a fast-track revenue stream, however, may well depend on the success of its diversification effort.