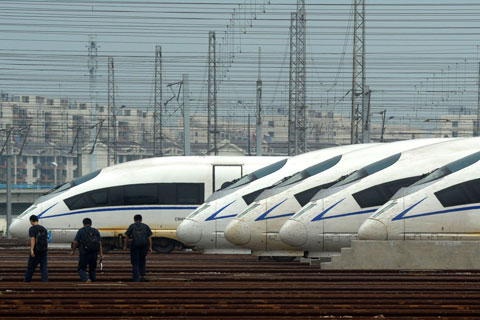 The passenger train, built according to a technology standard developed and patented in China, made its debut in Dalian, a port city in the northeastern province of Liaoning, and will run daily to the provincial capital Shenyang, covering a distance of 380 km in about two hours. The train could reach a maximum speed of 350 kmph, comparable to the fastest trains in operation in Europe.